A Concise Guide to Bronchitis

Bronchitis is an increasingly common medical condition in the United States. Scroll below to learn more about the signs and symptoms of bronchitis and how best to treat it:

According to reports by the CDC, approximately nine million Americans are diagnosed with bronchitis each year with as many as 90 percent requiring treatment by a medical professional. In addition to the troubling physical symptoms that can occur with this infection, many adults affected by bronchitis a significant amount of rest in order to recover. The information below will discuss bronchitis in more detail, as well as cover effective treatment options.

Unfortunately, many of the same bacteria and viruses that cause the cold and flu can also result in the development of bronchitis. The following list covers the most common causes of this prevalent illness:

The following list details some of the most common risk factors for the development of bronchitis:

If you are among those more inclined to develop upper respiratory infections, it would be helpful to avoid lung irritants such as harsh chemicals, smoke, dust, and other commonly recognized irritants that can lead to lung infections. In some cases, bronchitis sufferers can develop what is referred to as chronic bronchitis. This means that the symptoms associated with the condition last much longer than normal and repeated infections occur on an ongoing basis.

Your bronchitis may be acute, meaning brief, chronic, or persistent. The type of condition that you experience is closely related to its cause:

Other common risk factors for chronic conditions include being male, obese, or a person living with asthma. Acute bronchitis cases are most prevalent during winter.

The following list covers some of the most common treatment options for bronchitis:

If you are relatively healthy otherwise, your doctor may simply advise you to rest and drink more fluids to help the illness pass on its own. In most otherwise healthy individuals, this will occur within a week to ten days.

Cough expectorants are medications designed to help you cough up the thick mucus that is in your airways. In some cases, bronchitis sufferers may have difficulty getting the mucus to come up.

Cough suppressants are not prescribed if you have a productive cough that is bringing up mucus because you need to be able to get the mucus out of your airways. However, the cough that accompanies bronchitis can linger long after the productive stage. If this is the case for you, your doctor may prescribe a medication to help eliminate the non-productive cough and allow you to rest.

Bronchodilators such as inhalers are sometimes prescribed to help patients open their airways and expel mucus more easily. This is generally a short-term treatment option designed to be used during the productive stage of the cough.

As mentioned above, antibiotics will only be prescribed if a doctor can be sure that bacteria is the cause of the illness. Antibiotics are not effective at fighting viruses.

In addition to seeking help from a medical professional, many bronchitis sufferers may rely on home remedies or alternative therapies to provide relief from bothersome symptoms and speed recovery. Alternative treatment options for bronchitis can include the following:

A humidifier is a small machine that releases steam to add moisture to the air. In some cases, this can help improve breathing and relieve chest discomfort.

Garlic is reported by some to be a natural antibiotic. It also helps boost the immune system and therefore speed recovery. Garlic can simply be added to food or taken as a supplement in pill form.

Oregano oil is a potent form of extracted oil from the oregano herb used in cooking. Oregano oil reportedly reduces inflammation and acts as a natural antibiotic. It can be consumed in supplement form, usually in easy-to-swallow capsules.

The best types of treatments and outcomes for your bronchitis depend on many factors. It’s important to consider whether your case is chronic or acute and what caused it.

Options for COPD Sufferers and Smokers

Bronchitis patients who also suffer from chronic obstructive pulmonary disease, or COPD, may benefit from receiving lung transplants. Or they might undergo volume reduction surgeries to remove the most severely damaged parts of their lungs.

Less-invasive treatments for chronic cases include pulmonary rehabilitation. This involves guided exercise and other therapies designed to help severe sufferers manage their symptoms.

Quitting smoking is of major benefit to bronchitis sufferers. In the future, new cessation therapies and techniques could also have positive impacts on the millions of people who deal with bronchitis as a result of their tobacco habits.

Some early research has investigated treatments produced from naturally derived substances, such as honey and Pelargonium, a family of flowers that includes geraniums. Since using antibiotics is commonly viewed as a bad idea for most kinds of viral-induced bronchitis, these kinds of solutions may increase in popularity with time.

Bronchitis is a common upper respiratory illness that affects millions of Americans each year. Since it leads to bothersome symptoms and often requires time off work, it is no wonder that those suffering from bronchitis want to recover as quickly as possible. By following the advice given by your physician and the helpful home remedies mentioned above, you can recover from bronchitis quickly so that you can get back to your regular routine. Additionally, implementing some lifestyle changes such as stopping smoking and avoiding irritants can help you reduce the likelihood of future bronchitis infections. 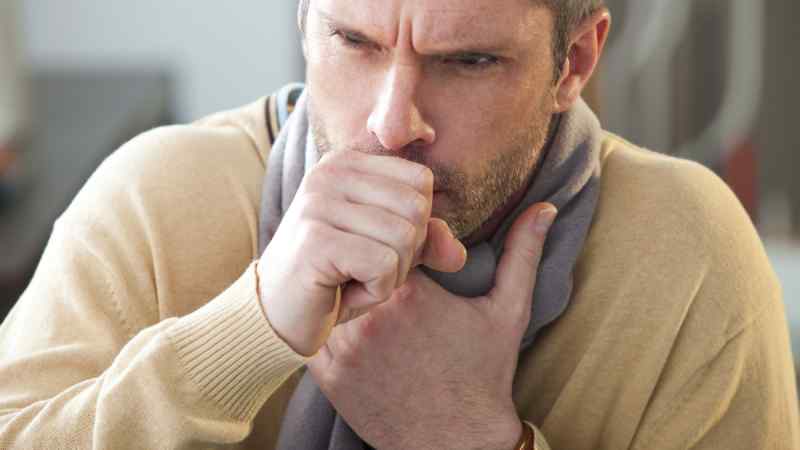