Gout is one of many extremely common health conditions throughout America right now. Fortunately, there’s a lot of information out there to help you out:

It’s been estimated that the rates of gout are increasing due to other common health issues that increase the risk of developing it. Recent statistics indicate that over eight million American adults suffer from gout, making up at least four percent of the population.

Many people are unaware that there are at least 100 different varieties of arthritis. Gout is one of the several types of inflammatory arthritis. Gout is believed to result from the presence of too much uric acid in the bloodstream of the individual. This uric acid can then create small crystals that irritate the joints, resulting in inflammation and pain. Gout can cause a great deal of pain that may eventually interfere with daily functioning.

The Stages of Gout

There are various stages of gout, each with their own unique signs.

During this initial stage, there are usually no physical symptoms of a problem. However, uric acid levels are rising in the blood, resulting in the continual formation of crystals within the affected joints.

This stage indicates the presence of an active gout attack. During an acute attack, there is usually an unknown precipitating event that dislodges the built-up uric acid crystals, causing them to trigger an active attack. This will result in painful symptoms that intensify over a period of hours, easing, and then vanishing again within a couple of weeks.

If you hear a medical professional refer to the term interval gout, they are simply referring to the relatively normal period of time between active attacks. Gout has not gone away during this time, but there is no active attack to create troublesome symptoms. Even without the presence of symptoms, however, joint damage can still be created.

This term is normally used to describe the condition that results when a patient has had very high uric acid levels for many years. With chronic gout, the time between attacks may be drastically reduced. Frequent active attacks can cause a lot of damage to the affected joints, leading to impaired mobility.

Signs and Symptoms of Gout

The signs and symptoms of gout can vary greatly between patients. It can even vary for the same individual depending on the stage of the disease that they are in at any given time. That said, the following signs and symptoms are most commonly reported in association with gout.

Many patients first experience this severe pain in the toe joint, but it can also occur in the ankles, hands, knees, wrists, and other locations.

Pain or Discomfort that Continues

Patients may find that the severe pain is alleviated fairly quickly, however lingering discomfort following an active attack can persist up to several weeks.

Warm, swollen, red, and tender joints are a very common occurrence for those suffering from an active gout attack.

The affected joints will not only be visibly red, but they may also radiate a good amount of heat when touched.

The inflammation that is present in the affected joints can cause a massive amount of swelling. This swelling will normally prevent the individual from being able to use their joint properly.

It is also interesting to note that the symptoms of gout almost always strike at night and without warning. While they usually begin in the joints of the big toe, they can occur in other joints as well.

Treatment for gout is aimed at reducing the bothersome symptoms and reducing the build-up of uric acid crystals. The following medications are commonly used in the treatment of gout.

NSAIDs are a class of non-steroidal medications that target and reduce inflammation. Mild versions of this drug can be purchased over-the-counter. However, your doctor can also prescribe a stronger version that may be more effective at managing pain and swelling.

Colchicine is a pain medication that reduces the discomfort associated with gout. In some cases, colchicine may also reduce the frequency of future gout attacks.

Corticosteroids such as prednisone can help control both pain and inflammation in gout sufferers. Since they sometimes create bothersome side effects of their own, corticosteroids are generally reserved for those who cannot take NSAIDs or colchicine.

Probenecid is a medication that helps boost your kidneys’ ability to break down and clear uric acid from your body, reducing the symptoms experienced as a result of the illness.

Your doctor may use a combination of these treatment options in order to provide the best degree of relief from troublesome symptoms. Additionally, discovering the medication that works best for you can involve some degree of trial and error.

Many patients suffering from gout like to take additional measures to prevent active attacks or quickly reduce symptoms when they do experience an attack. The following alternative remedies have proven helpful for some gout sufferers, although more research is needed into these possible solutions.

Foods that are high in specific compounds known as purine compounds can raise uric acid levels in the body. Therefore, it would seem sensible to reduce or eliminate these items from the diet. Purine compound rich foods include some types of meat, alcoholic drinks, and certain types of seafood.

Compounds found in tart cherries or the juice of this specific fruit have been known to combat inflammation in the joints. The antioxidant compounds in tart cherries can also help reduce the amount of uric acid in the body.

The consumption of the herbal remedies ginger and turmeric can also help cut uric acid levels and reduce swelling and inflammation. These are common herbs to cook with, but they may also be taken in capsule form as a dietary supplement.

Although gout is exceedingly common, there were no new drugs created to treat it between the years of 1965 and 2009. In recent years, however, several new drugs have hit the market and others are currently being tested in clinical trials.

Research is currently being conducted to study the effectiveness of anti-interleukin (IL)-1β therapy for the treatment of gout. This therapeutic intervention is already being used to treat rheumatoid arthritis. It is suspected also to be beneficial in relieving the discomfort and swelling associated with gout attacks.

Urate transporter 1 inhibitors are also being studied to determine their effectiveness at reducing the creation of uric acid crystals in gout patients. While more studies are needed, the future looks hopeful in terms of new treatments to alleviate pain and swelling from gout.

Gout is an extremely common ailment that has been estimated to affect over eight million adults in the United States. Since gout can cause swelling and pain, it is no wonder that many sufferers are searching for ways to reduce these bothersome symptoms. The information provided here is a great starting point for gaining more control over the impact that gout can have on your day to day life. As more research continues to be performed on gout, we can only anticipate seeing further treatment options become available for managing the troublesome symptoms that accompany this prevalent illness. 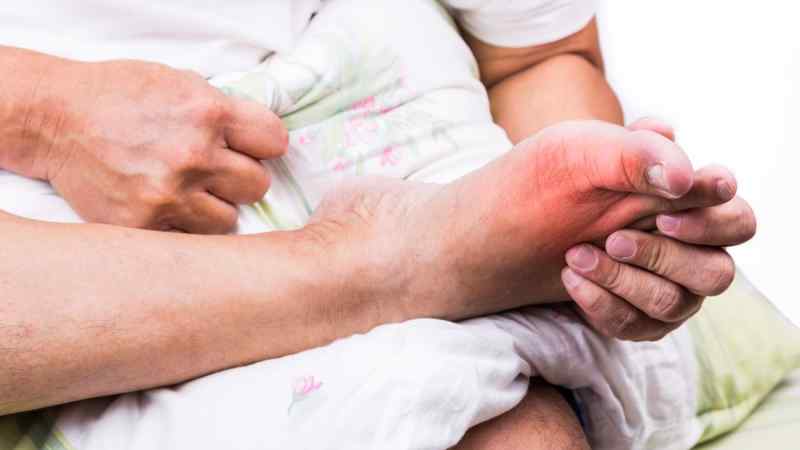