Here’s What You Need to Know about Lyme Disease

Like most people, you have probably heard of Lyme disease but do not know much about the disorder. The Centers for Disease Control and Prevention (CDC) estimate that approximately 300,000 people are diagnosed annually with the condition.

It is transmitted to humans through a bite from a blacklegged tick and can affect people of all ages. Also called deer ticks, these parasites spread the disease to children, park rangers, and others who spend significant time outdoors.

Diagnosing the illness can be difficult. This guide provides an overview of what you need to know about Lyme disease and its treatment.

What is Lyme Disease?

Lyme disease is a medical condition caused by bacteria transmitted through a tick bite. It is extremely rare for the illness to be spread between other animals and people.

Ticks are usually found in wooded areas. The parasite must be attached to its victim for at least 36 hours in order for the bacteria to spread. Most humans are infected after being bit by nymphs or immature ticks. While they can attach to any part of your body, ticks are often found in hard to see places like the scalp, armpits, and groin.

Although the condition has been reported in all 50 states, the disease is more common in specific regions of the country. These include the Northeast, mid-Atlantic, and north central United States as well as Pacific Coastal areas. Ticks are most active during the fall.

Lyme disease is caused by exposure to Borrelia burgdorferi, a corkscrew-shaped pathogen. It is a member of the spirochete family. The illness is diagnosed based on symptoms and possible exposure to areas known to be infested with ticks. Lab tests may also be helpful in confirming the diagnosis. The disease can affect virtually every part of your body, including the brain, heart, and nervous system as well as muscles and joints.

While signs of the disease can become evident from three to 30 days after the bite, some sufferers can remain symptom-free for several months. The wide-ranging symptoms vary based on the stage of the infection. Typical symptoms include:

In later stages, the disease can progress and cause other symptoms like heart inflammation, arrhythmia, and meningitis. Not everyone infected with Lyme disease will develop the distinctive rash. Other possible symptoms include vision problems, memory loss, and digestive issues. Because it has numerous symptoms that can mimic the flu and several other illnesses, Lyme disease is difficult to diagnose.

Most cases of Lyme disease can be successfully treated within a few weeks with antibiotics. Several antibiotics have been shown to be effective. These medications are usually administered orally, but can be given intravenously in severe cases. Patients who are treated during the early stages of the infection typically recover rapidly and completely. If left untreated, the infection can spread to the heart and nervous system resulting in chronic complications. The disease is rarely life threatening.

Doctors typically prescribe a 10- to 21-day course of therapy of antibiotics like amoxicillin, tetracycline, cefuroxime, and doxycycline.

Only a small percentage of people may experience persistent or recurring symptoms that require a longer course of therapy. In areas where an outbreak of the disease has occurred, antibiotics may be given after a tick bite as a precautionary measure. If you suspect that you have Lyme disease, you should consult with your doctor as soon as possible.

Prevention is your best defense. Steps to avoid contracting Lyme disease include using insect repellant and removing ticks promptly. You should reduce tick habitats on your property by applying appropriate pesticides.

Anyone who walks through the woods or tall grass should thoroughly check their body for tics. You should inspect your young children and pets. A few precautions and vigilance will help protect you, your family, and pets from Lyme disease, so that you can enjoy your time outdoors. 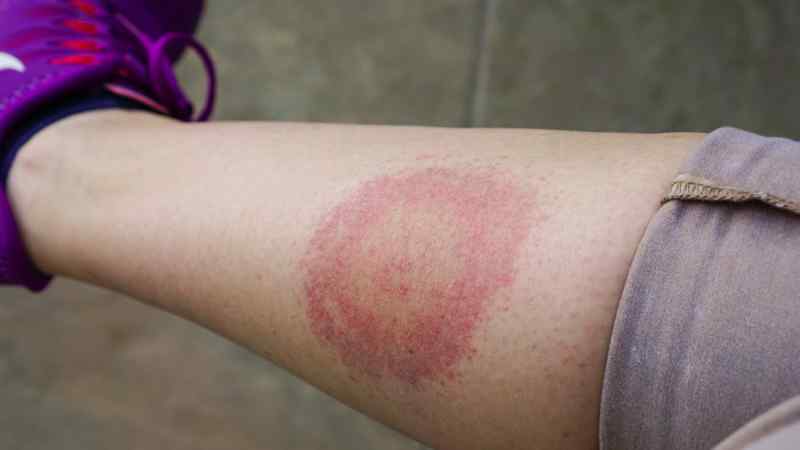