Having an allergy to anything, whether it’s pollen or peanuts, can be a real drag. Enduring runny noses and itchy eyes during the spring and summer months, or needing to be constantly mindful of what you eat isn’t exactly fun. Still, it could be worse; you could be allergic to something that’s inconvenient, unavoidable, and necessary to live.

There’s nothing like a refreshing glass of water on a hot afternoon or a warm bath at the end of a long day of work. So, can you imagine not being able to drink or ever touch water without it stinging your throat or giving you a rash?

There are only 32 known cases of aquagenic urticaria – an allergy to water – in the entire world. Sufferers experience pain and red welts when they come in contact with water or even with their own sweat. The root cause of it is still unknown and treatments are still being developed. Those who have it tend to avoid exercise, bathing, and drinking water when possible to prevent flare-ups. 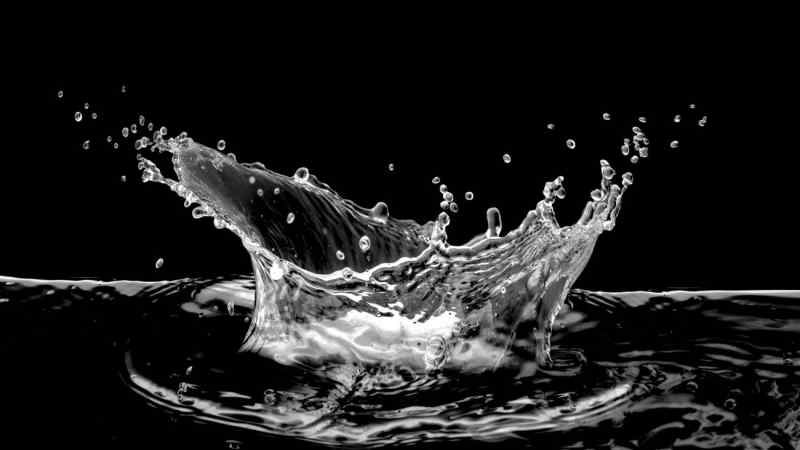 Moderate daily exercise is supposedly the key to a healthy body and a long life, but for some it actually does more harm than good. Exercise induced anaphylaxis is a real condition that has been known to cause hives, difficulty breathing, fainting, and nausea.

It is actually related to foods that have been eaten prior to working out, though. Foods like eggs, shellfish, peanuts, and even celery might not be harmful on their own, but combined with exercise –  which makes your blood travel faster to your organs –  it can result in a rare allergic reaction. The best way to treat it is to avoid exercise, something we try to do anyways. Better safe than sorry! 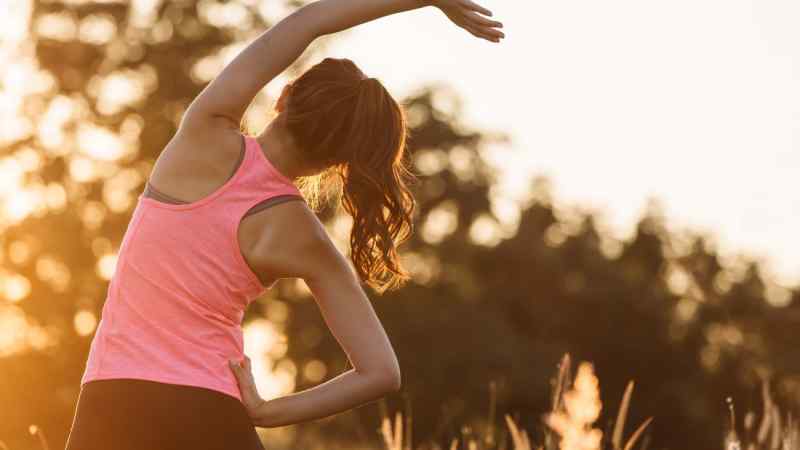 Imagine quitting your desk job in favor of doing something you love – working with your hands – only to find out that you’re allergic to it. That happened to one British man who found out he had a wood allergy after changing careers and becoming a carpenter in 2008.

Just one week into his new gig, former investment banker Dan Hill started to develop a rash and red, itchy eyes due to a rare wood dust allergy. Luckily for Hill, he managed to find one type of wood, Welsh oak, that he could work with and he’s been continuing to live out his dream ever since. 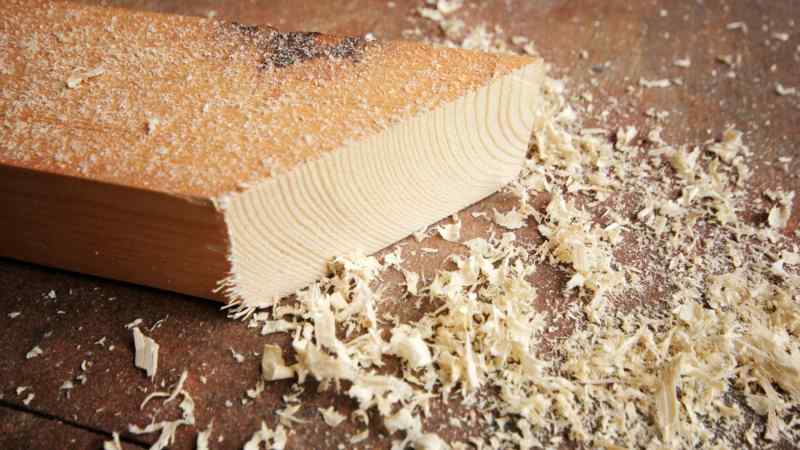 There is still much scientific debate about the validity of electromagnetic hypersensitivity. While it’s often dismissed as a psychological issue, to sufferers the condition can feel very real indeed. Those afflicted with it report that electromagnetic signals from cellphones, computers, and Wi-Fi signals cause them to experience headaches, nausea, nosebleeds, dizziness, and even skin rashes.

Testing has shown that in many cases, people only reacted to electromagnetic activity that they were aware of, insinuating that the issue is most likely in the sufferers’ minds and that the best treatment would be psychiatric. 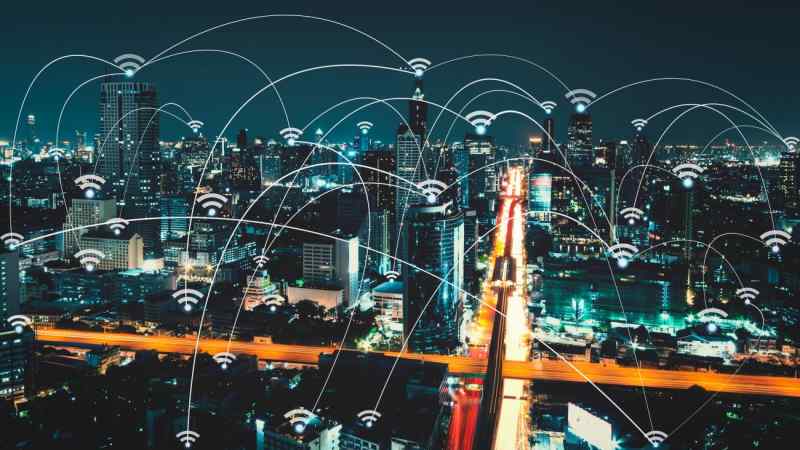 Those who are suffering from vibratory urticaria likely avoid electric toothbrushes, roller coasters, bumpy bus rides, and jackhammering like the plague because they have an allergy to vibration.

Vibratory urticaria tends to run in families and is caused by a rare genetic mutation that results in an exaggerated cell response to vibrating touch. The afflicted report mild to severe allergic symptoms such as welts, fatigue, headaches, and blurry vision. In some cases, episodes can last for hours and occur several times a day. 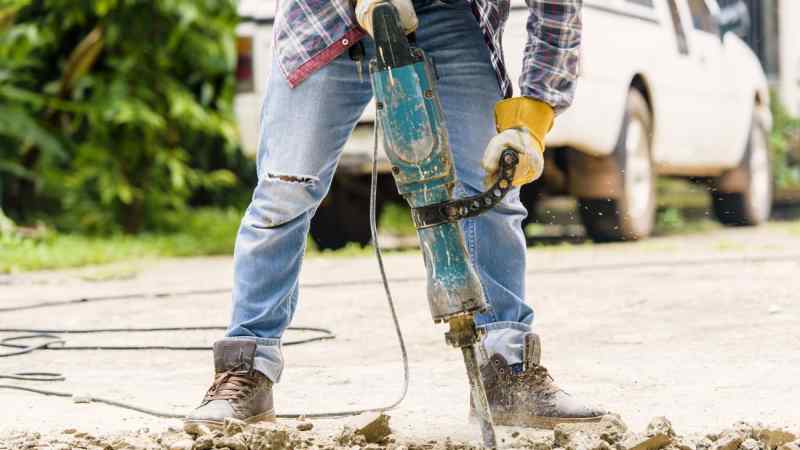 As if getting dental work done isn’t scary enough already, you could also be at risk of having an allergy to it and not even know it until your mouth swells and your throat closes up.

People with sensitivities to materials frequently used in dental work such as nickel, titanium, or latex, can develop hives, swelling, and even go into anaphylactic shock following dental procedures if they do not know about the allergy beforehand. The best way to treat the allergy would be to inform your dentist of any known or possible allergies prior to your procedure. 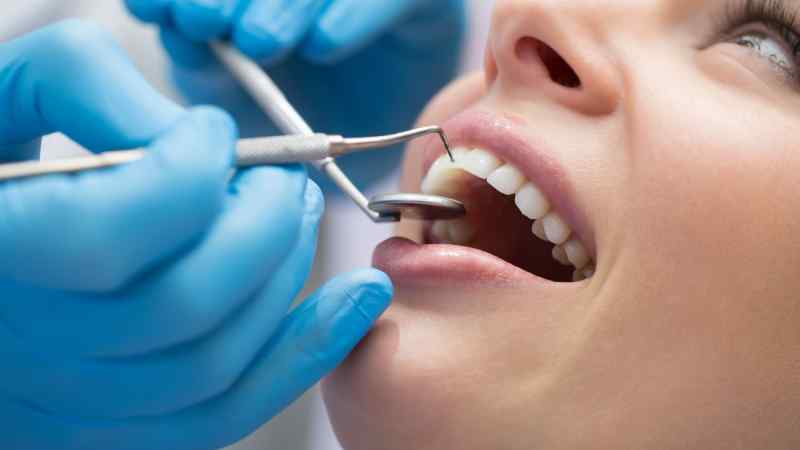 One Brooklyn artist has made the best out of her highly unusual allergy and turned it into a signature art form. Ariana Page Russell suffers from dermatographia urticaria – an allergy to touch – and develops raised red welts at the slightest touch, stroke, or tickle of her skin.

Russell can effectively “write” on her skin since a mark is left wherever she’s been touched and has been taking artistic photos of her “skin-writing” since 2003. Russell claims she has received emails from people all over the world who also suffer from dermatographia urticaria that have been inspired by the way she’s embraced her condition. 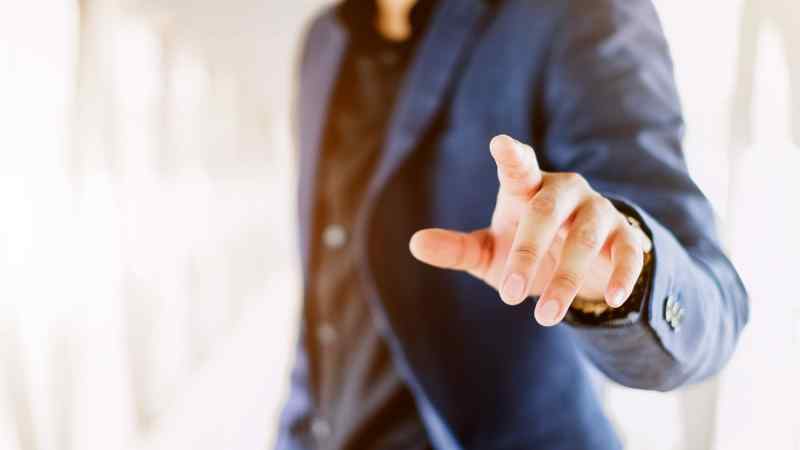 Have you ever bit into a juicy piece of fruit only to have your mouth start to itch? If so you may have developed pollen-food syndrome, which can come on suddenly despite not having any symptoms in your teens or young adulthood.

People with pollen-food syndrome experience itchiness and swelling in their mouths and throats after eating fruits and vegetables that contain similar proteins found in pollen, which causes their immune system to react. Birch pollen is the most commonly associated allergy and foods like apples, cherries, pears, carrots, and celery are often the culprits of a birch pollen reaction. 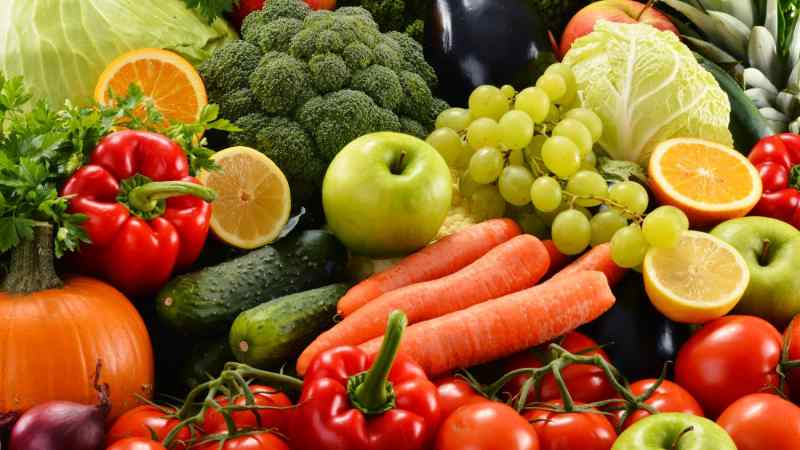 It would be kind of cool if you had to move to California because of “doctor’s orders.” Cold urticaria is an allergy to the cold and those who have it tend to break out in red, itchy welts when exposed to low temperatures.

For some, it’s so severe that swimming in cold water can trigger a whole system reaction that can lead to shock, low blood pressure, and even death. Antihistamines are often prescribed for the condition, but the best treatment is avoiding exposure to cold altogether. 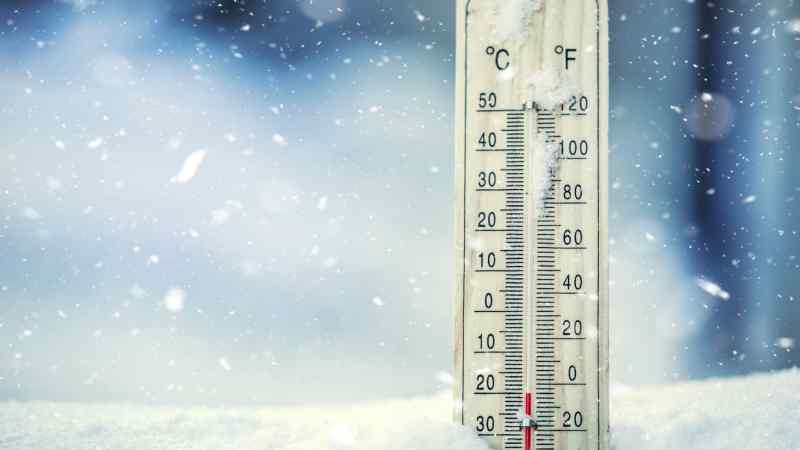 Imagine having to explain to your partner that you really like him, but that you’re actually allergic to him. An allergy to semen is a rare condition most often seen in women that can greatly affect their relationships and ability to start a family if left undiagnosed.

Those who suffer from it experience swelling, itching, and burning at the site of contact, although in rare cases it can affect the whole body and result in anaphylaxis. Semen allergies are often misdiagnosed as yeast infections, STDs, or vaginitis. 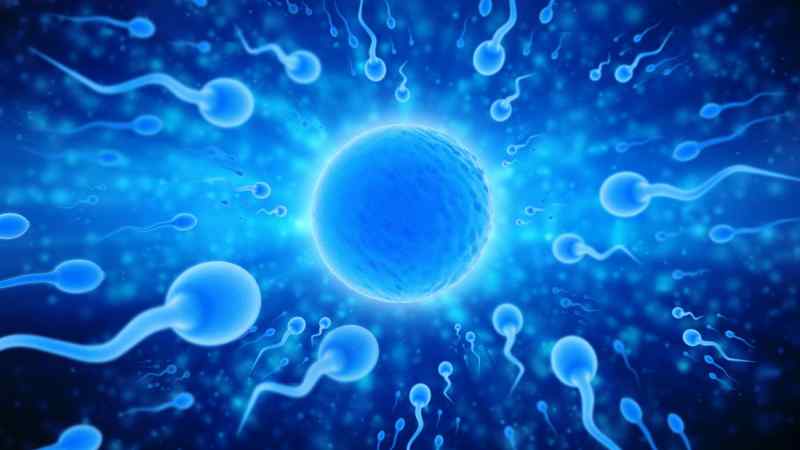 As if women didn’t already have enough to worry about (see last topic), they can also develop an allergy to their own periods. What fun. Autoimmune Progesterone Dermatitis, or APD, is an allergic reaction to one’s own progesterone, a female hormone that regulates the menstrual cycle and pregnancy.

Women who suffer from APD experience swelling, rashes, hives, and other nasty skin problems before, during, and/or after menstruation. The allergy can be diagnosed through allergy skin testing and treated using antihistamines or corticosteroids. In extreme cases, a hysterectomy may even be recommended if medications fail. 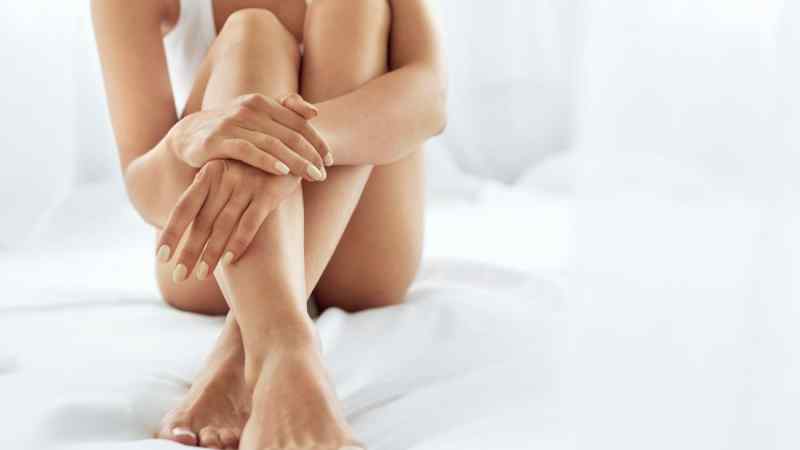 Having a food allergy to something like peanuts or eggs really sucks, but it could be worse: you could be allergic to all food. Kaleb Bussenschutt of Australia, who is now 17 years old, cannot eat or drink without suffering from violent stomach ulcers, and therefore can only ingest water and one particular brand of lemonade.

Kaleb receives the rest of his nutrients via a stomach pump and occasionally chews ice to keep his facial muscles strong. Doctors always hoped that Kaleb might grow out of his condition, but so far, no changes to his condition have been made known. 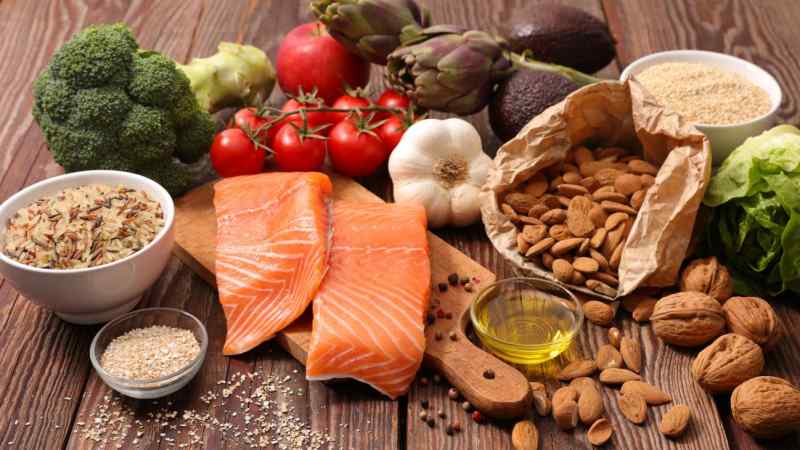 Put down that phone! Not only is it rude, but you could also be allergic to it. Experts have reported a relatively new phenomenon of people who are allergic to their mobile phones due to the fact that they contain nickel, a fairly common allergen.

Sufferers have reported dry and itchy skin, oozing, and even scarring on their ears, cheeks, and jawlines as a result of over use of their phones. Avoidance is the only treatment, although using phone covers or Bluetooth earpieces can help to alleviate the symptoms. 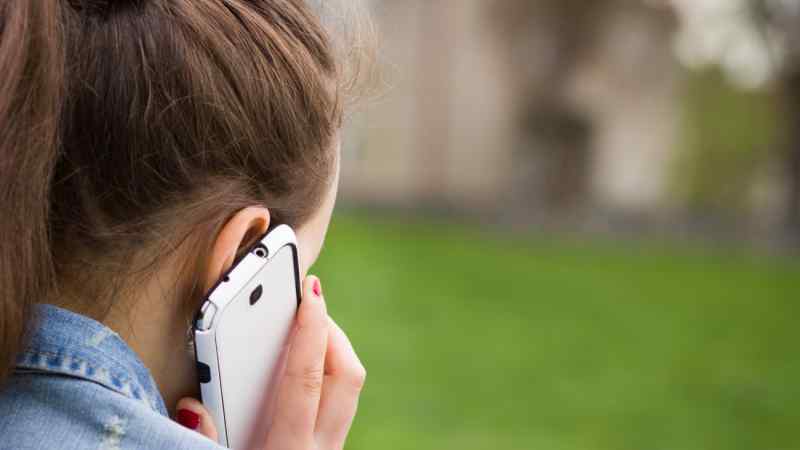