Treat the Symptoms of Diabetes

Diabetes is a disease which alters the way your body uses blood sugar, also known as glucose. The disease affects over 21 million people in the US.

Type 1 diabetes, also known as juvenile-onset or insulin-dependent diabetes, makes up five to ten percent of those affected by the disease. In Type 1 diabetes, your immune system attacks and destroys cells which produce insulin, the hormone that allows your body to convert glucose into energy. Symptoms include thirst, hunger, fatigue, frequent urination, weight loss, tingling or numbness in the feet, and blurred vision.

Type 2 diabetes, also known as adult-onset or non-insulin-dependent diabetes, appears during adulthood. In this form, the body develops insulin resistance, meaning that the body is not able to use insulin to produce energy from glucose, resulting in increased glucose levels. This can lead to the pancreas producing less than the required amount of insulin, leading to an insulin deficiency. Common symptoms for type 2 diabetes are excessive thirst, frequent or increased urination, excessive hunger, fatigue, blurry vision, and sores that won’t heal.

Natural Remedies for Symptoms of Diabetes

While there are pharmaceutical options available to treat diabetes, you’ll be pleased to know that there are a variety of natural options that can help manage symptoms of diabetes that you may have hiding in your pantry at this very moment. Let’s focus on some of the most common natural treatment options for diabetes symptoms:

Besides improving immune function and vision, carrots are also good at managing diabetes. A small portion of carrots is considered by the American Diabetes Association to be a “free food,” which means it does not even need to be factored into a meal plan.

The beta-carotene in carrots benefits people genetically predisposed to type 2 diabetes by lowering their risk of developing the disease.

Fish contains mercury, so don’t overdo it, but definitely make it regular addition to your weekly diet plan.

The regular consumption of blueberries helps keep blood sugar at a normal level. They contain flavonoids, which have an anticancer effect and lower the risk of diabetes.

Blueberries get their color from anthocyanins, an antioxidant that can reduce the likelihood of type 2 diabetes by 23 percent.

People who eat two ounces of yogurt per day lower their risk of developing type 2 diabetes by 12 percent. When you choose yogurt, go for the fat free variety and the kind without any added sugar.

Yogurt provides calcium and Vitamin D, and probiotic bacteria that can help lower cholesterol. To make yogurt tastier, mix in fruits like blueberries, cranberries or bananas.

Research has shown that ingesting the juice of the aloe vera plant can help to improve blood glucose levels, which can be beneficial to people with diabetes. Aloe has also been shown to decrease fat or blood lipid molecules in type 2 diabetes patients. Furthermore, aloe can be used to speed up the healing of wounds and decrease swelling, both common complications of diabetes.

Some symptoms, such as cramping and diarrhea, can be caused by the ingestion of certain types of aloe juice. To avoid any problems, always confirm that “purified”, “decolorized”, or “safety tested” is on the label before purchasing.

Lemons are sought after as a superfood for their high amounts of soluble fiber and vitamin C, both of which have been shown to benefit people with diabetes. Soluble fiber has been shown to reduce blood sugar, while maintaining a healthy blood pressure and cholesterol levels. Vitamin C can help to decrease the levels of fasting blood sugar, and may improve insulin resistance. Lemon also has a low glycemic index, meaning that the body converts its carbohydrates rapidly into glucose.

Turmeric is a root of the ginger family native to Southeast Asia that is commonly used as a cooking spice. Turmeric has anti-glycemic properties which help support proper functioning of the pancreas, regulate and balance insulin levels, and prevent insulin resistance in the body. A 2012 study showed turmeric extract to be highly effective at preventing the onset of type 2 diabetes. Research also shows that turmeric may help to repair damage to pancreatic beta cells and, in turn, promoting proper insulin production.

Green tea is high in the antioxidant polyphenol, a hypoglycemic compound which helps to facilitate the release of glucose from foods. Polyphenol also promotes the body’s efficient use of insulin. A 2013 study has shown that consuming six or more cups of green tea daily makes you 33 percent less likely to develop type 2 diabetes.

Cinnamon has been shown to lower blood glucose levels by stimulating insulin activity, and should be taken in its pure form, ceylon cinnamon, to avoid the toxic compound coumarin found in regular cinnamon.

The bilberry is a Northern European relative of the blueberry. Bilberry leaves have traditionally been used to help control glucose levels in diabetic patients. Bilberry also contains anthocyanosides, a type of flavonoid which helps to strengthen blood vessels, which may help reverse diabetic retinopathy, a weakening of the tissues at the back of the eye.

Flaxseeds are high in fiber, meaning that they assist in digestion and lead to the efficient absorption of fats and sugars in the blood. Flaxseed consumption has been shown to reduce post-meal sugar levels in diabetes by nearly 28 percent.

The extract of the psyllium husk is a well-known laxative which forms a gel-like substance when combined with water. This gel helps to slow the breakdown and absorption of glucose, thereby helping to regulate blood sugar levels in diabetic patients. The gel can also help to protect the stomach lining from ulcers, a common symptom of diabetes.

Holy basil leaves contain powerful antioxidants which produce eugenol, methyl eugenol, and caryophyllene. These substances help in the proper functioning of pancreatic beta cells and increase their sensitivity to insulin.

Indian blackberry contains a molecule known as a glycoside which prevents the conversion of starch into sugar. Therefore, blood glucose levels are lowered and insulin spikes are prevented.

A bitter leaf native to India, neem has been used in Ayurvedic medicine for centuries. This bitter leaf helps to enhance insulin receptor sensitivity, improves blood circulation through blood vessel dilation, and lowers the level of glucose in the blood.

Here are seven more supplements which can help control your diabetes. You should check with your doctor to see how to properly incorporate them into your diet:

In addition to these dietary supplements, there are some small changes you can make to your daily routine to help treat the symptoms of diabetes:

One of the most important factors for helping to curb the effects of diabetes is to incorporate regular exercise into your routine. Exercise can help to improve insulin sensitivity, naturally supporting metabolism through the burning of fat and production of lean muscle. Exercising after meals can be particularly effective at maintaining a healthy blood glucose level.

Acupuncture has been shown to benefit the symptoms shown in diabetic patients in the following ways: 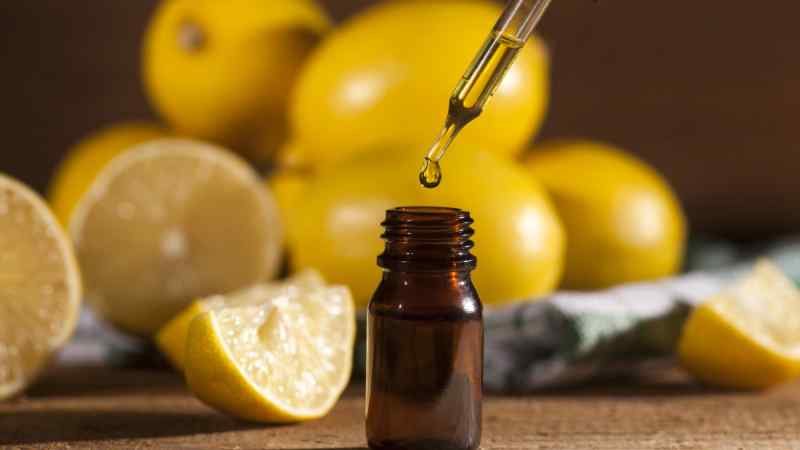