Competitive sports are an important part of youth development that can offer kids the chance to hone their skills. Unfortunately, there are some sports that come with serious risk:

People often scoff about professional wrestling and dismiss it as “fake”; but there’s nothing fake about the brain injuries that have been sustained by former WWE wrestlers over the years. In 2016, more than 50 former wrestlers filed a class action suit against World Wrestling Entertainment alleging that many of suffer from brain damage and chronic traumatic encephalopathy, a condition similar to Alzheimer’s.

One famous case that many remember is that of Canadian wrestler Chris Benoit who tragically killed his family and himself in 2007. Benoit’s brain was later examined and his behaviour was found to have been greatly impacted by the severe brain injuries that he sustained in the ring. Benoit’s parents have since dedicated themselves to warning athletes about the dangers of chronic concussions. 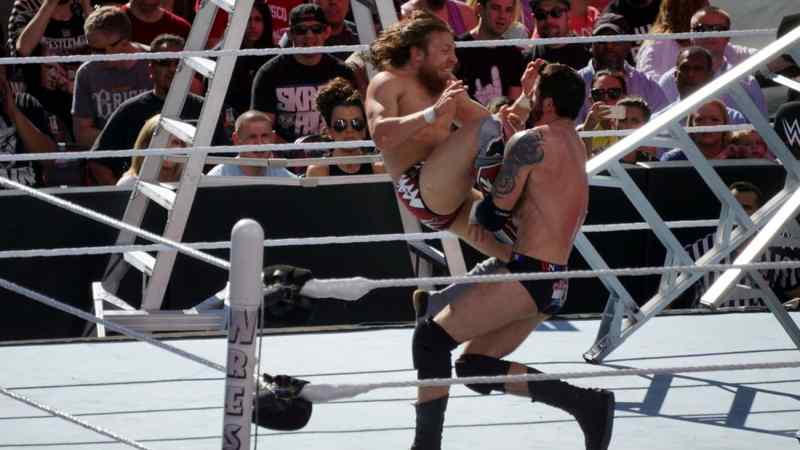 America’s national pastime also happens to be a pretty dangerous one and its effects are being felt in both the amateur and the professional world. The National Football League was called to task in 2013 when more than 4000 former players brought a lawsuit against them alleging that the league purposefully ignored the risks of brain damage while profiting off the players. The NFL denied any wrongdoing, but settled the case for $765 million and vowed to take a more serious approach to the issue.

What’s really scary though is that for every NFL player, there are about 2,000 children or teenaged football players in the U.S. who are also at risk for serious brain injuries. Many NFL players say they will discourage their children from pursuing football because the risk is too great. 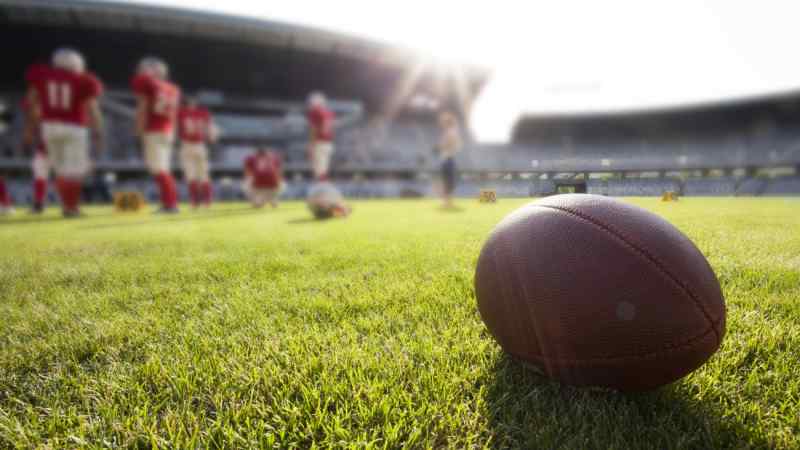 It might be Canada’s national pastime, but there’s nothing polite about the sport of ice hockey. Known for its hard hits and excessive fist fights, hockey is about as violent as a sport can get and has the concussion stats to show for it. One study found that hockey accounts for nearly half of all traumatic brain injuries sustained by Canadian youths who played team sports.

In the professional world, it’s thought that hundreds of National Hockey League players have suffered serious head injuries and some are even bringing lawsuits against the league. Former New Jersey Devils player Mike Peluso, who is permanently disabled due to his injuries, filed a suit against three of his former teams and even alleged that the Devils “wrongfully withheld” his medical records in an attempt to deflect blame. 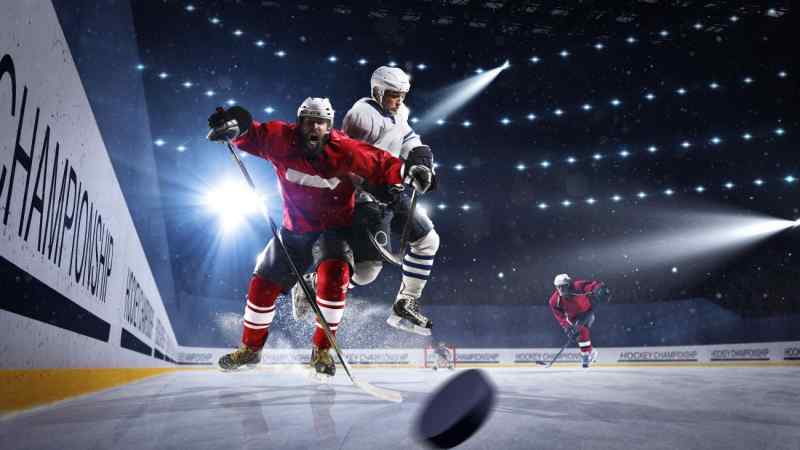 Bob sledding became somewhat of a punchline after the movie Cool Runnings, but don’t let the 90s nostalgia lull you into forgetting that it’s actually a very serious sport that’s been linked to major injuries and even death. Luge and bobsledding, although slightly different, both involve competitors riding a sled down an ice track hoping to achieve the fastest time. Although the athletes wear helmets, the sleds move at such high speeds that injuries are still a major risk.

U.S. athlete Todd Hays had to sit out the Vancouver Olympics and later retire permanently from the sport after a 2009 crash, despite claiming to have been wearing “the best helmet money could buy.” Two of the seven fatalities to have ever occurred at the Olympic Games happened on the luge/bobsled course. 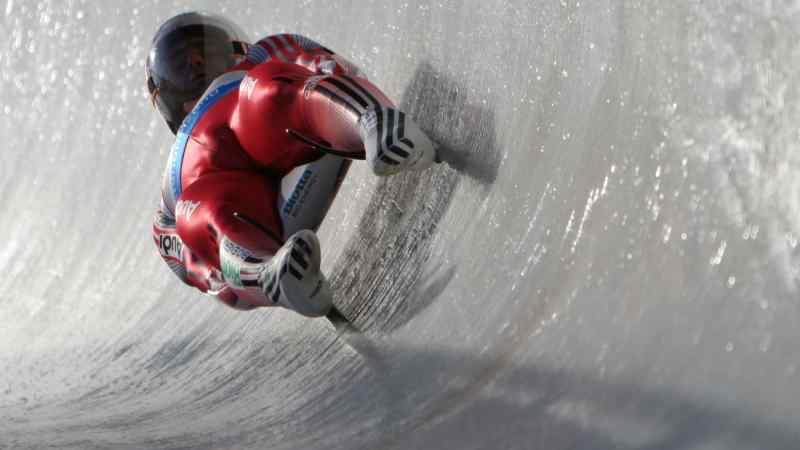 You might think that soccer is one of the safer sports out there, but studies have shown that much like football or hockey, soccer can also be the cause of long term brain damage. In particular, headbutting the ball has been linked to brain abnormalities that can affect memory, mood, and behaviour. U.S. soccer player Brandi Chastain, best known for her memorable celebration at the 1999 Women’s World Cup, has spoken up about her own history of concussions and has called for further research on the subject. She has vowed to donate her brain to science one day in order to further advance the study of the sport’s relationship with brain trauma. 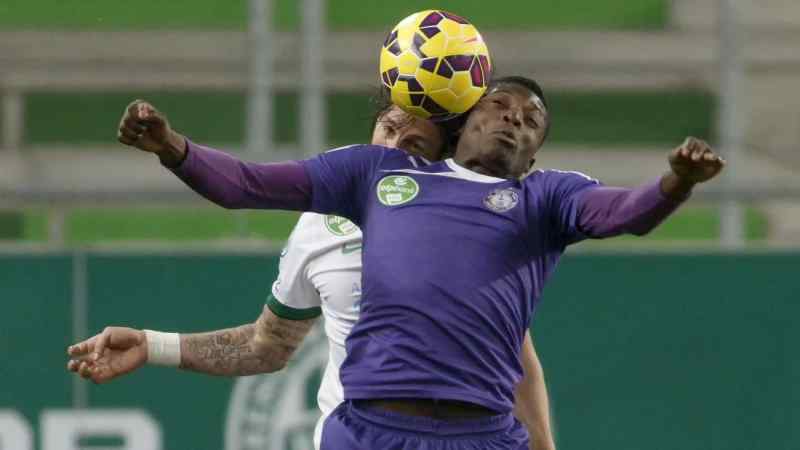 The time-honored tradition of boxing has come a long way from its early days of bloody fights and traumatic ring deaths, but that doesn’t make it a “safe” sport. It’s estimated that between 1918 and 1997 more than 650 boxers died as a result of brain injuries they got in the ring.

There are an estimated 18,000 American children who participate in amateur boxing every year, and the pastime is thought to encourage discipline and confidence. However, the American Academy of Pediatrics has come out in vigorous opposition to youth boxing, citing the high brain injury rate as a potential danger to developing minds. 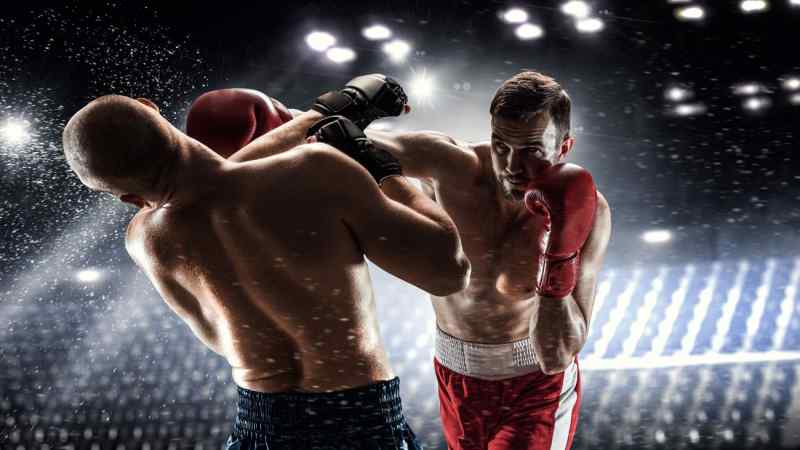 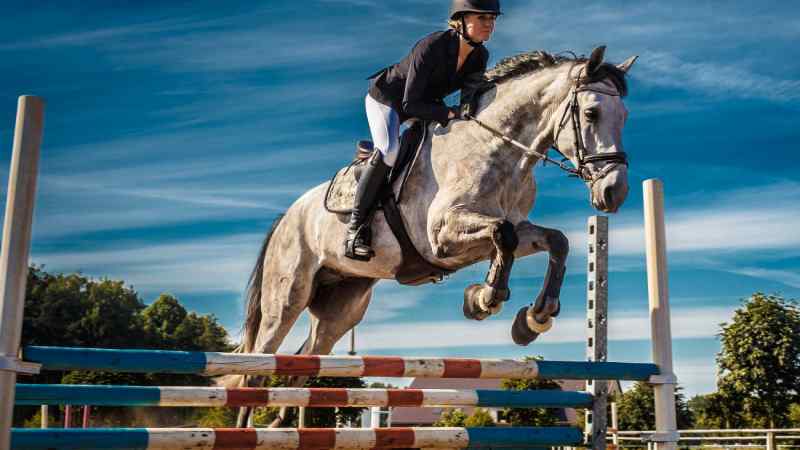 With its popularity growing among high school students, the team sport of lacrosse, along with lacrosse related injuries are becoming more widespread. Similar to field hockey, this Native American sport consists of two opposing teams attempt to score on each other using a small rubber ball that must be caught, thrown, and carried using netted stick. Slashing, checking, and tackling are common in the sport, resulting in a high number of injuries that often includes concussions.

Although players are generally equipped with helmets, face guards and other protective gear, some girl’s leagues do not require equipment as they are “non-contact”, which some experts believe to could potentially be dangerous. Even in non-contact leagues, stick related traumas are common and the injury rate among female players is still considerably high. 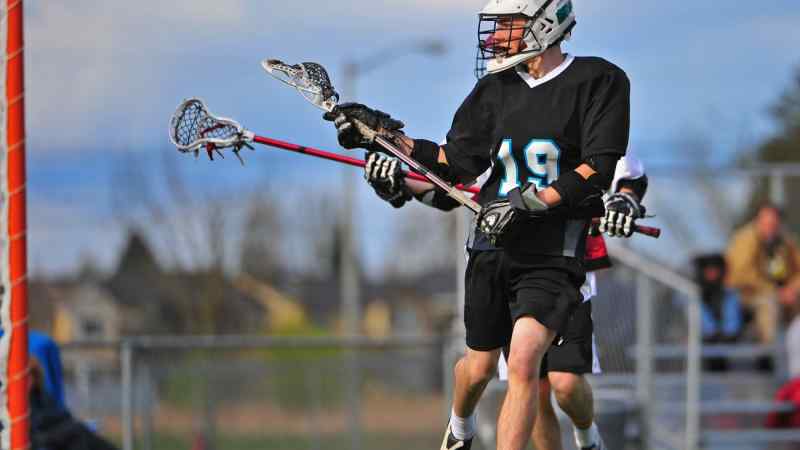 Basketball may not officially be a contact sport, but that doesn’t mean ball players don’t have to deal with the risk of head injury. Last year, major players like Kevin Love and Anthony Davis missed games due to concussions. While many believe that injuries simply come with the territory, some allege that the National Basketball Association could be doing far more to prevent them if they wished. ESPN’s Henry Abbott says that banning layups would result in fewer altercations around the net and therefore fewer injuries. He also believes that the current free throw penalty isn’t enough to deter players from getting physical. By ejecting players from the game rather than penalizing them with free throws, the NBA could further prevent head injuries from happening on the court. 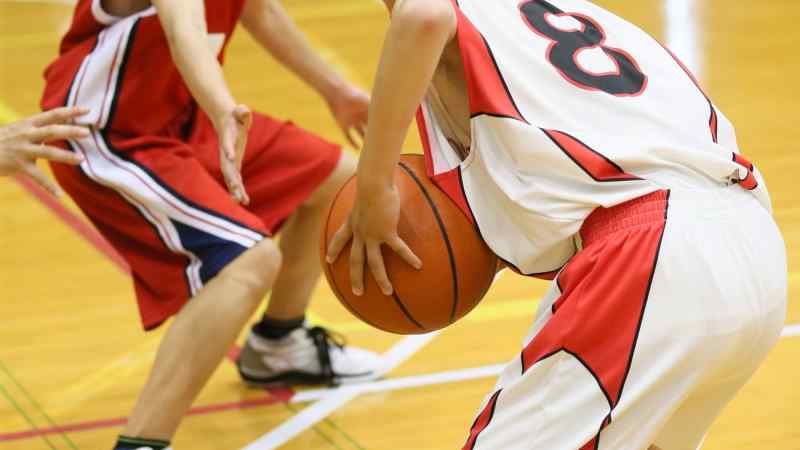 The tragic 2001 death of Dale Earnhardt drew attention to the dangerous rates of head injury in the racing world and forever changed the rules and regulations of NASCAR. The celebrated driver died suddenly from a brain injury he sustained during a crash, forcing NASCAR to mandate the use of head and neck support devices and belt restraints for all drivers as well as crushable barrier walls on their courses. They also pushed for more education and testing among their drivers. Despite this, concussions continue to be a problem within the sport and in 2012 Earnhardt’s son, Dale Earnhardt Jr. made headlines when he pulled out numerous races due to a self-diagnosed concussion. 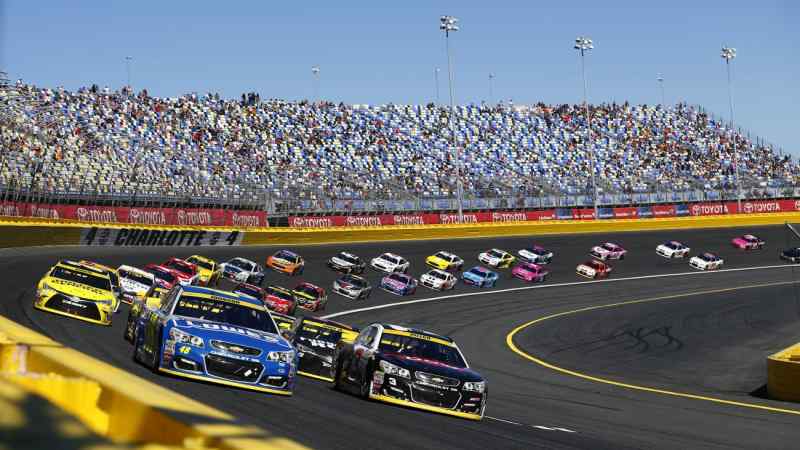 In recent years, Mixed Martial Arts, better known as MMA, has taken the world by storm and has become one of the fastest growing sports out there today. A combination of boxing, jiu-jitsu, wrestling, karate, and numerous other disciplines, MMA has been raking in viewers for their pay-per-view Ultimate Fighting Championship matches since 1993 and its popularity shows no signs of stopping, even though the safety of the sport is highly questionable.

A recent Canadian study found that MMA fighters can expect to endure a brain injury in nearly one third of their matches and that many of their injuries result from blows dealt to the fighter after he’s already down, something that could be curbed with the implementation of a 10 second count as is done in boxing. 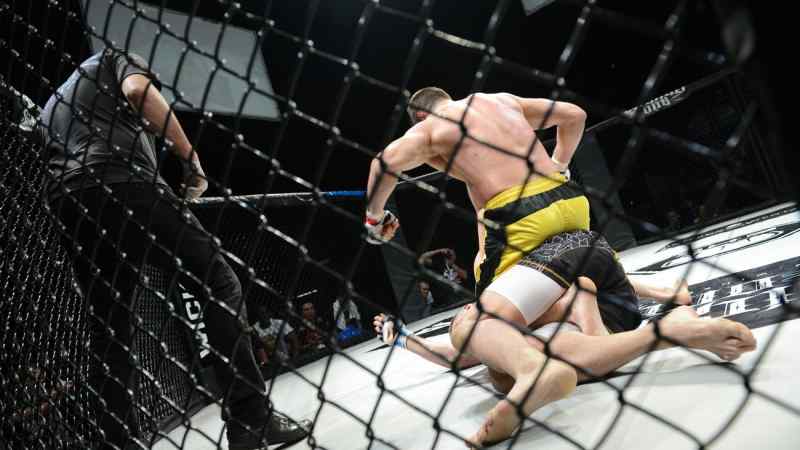 Football may be a way of life in America, but across the pond rugby is king in the world of contact sports. Similar to football but with a few minor differences. For example, in rugby only the player in possession of the ball can be tackled. Despite this, it’s still known as a vicious sport with a high rate of injury among both professional and amateur players. In addition to concussions, rugby players are known to also have severe neck and spine problems and it’s estimated that there are currently 110 players living in Britain today who are paralyzed as a result of their injuries. The Rugby Football Union has taken steps to manage this problem and have implemented a number of policies including regular Head Impact Assessments and the close monitoring of matches by medical professionals. 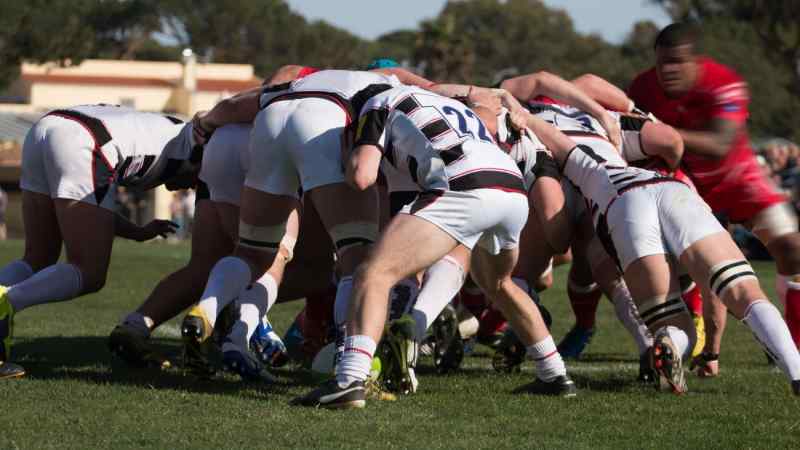