15 Female Beauty Ideals from Around the World

As soon as children are born, we coo over their good looks and praise their qualities, even if all we can see is a splotchy red wrinkled face and tiny kicking feet. Praising a person for their physical attributes starts at birth and continues until the day we die. We quickly become accustomed to what it means to be beautiful in our culture, especially if you happen to be born female.

Each culture and ethnic group around the world defines beauty differently. For women, in particular, there are some very exacting standards to live up to if you want to be known for your looks. Here are a few examples of female beauty ideals from around the world. Many are contradictory, but all of them represent the values held by that culture.

In the Karo tribe, who hail from Ethiopia, the most beautiful woman is defined by the pattern of scars etched on to her stomach. These traditional scars, worn on the chest and belly, are thought to be sensual and are done so that the woman appears more attractive to future husbands. The scars aren’t all done at once. They are designed over a period of time so that their completion coincides with the time that the woman is ready to marry. The completion of the scarification announces that the woman is open to offers of marriage. 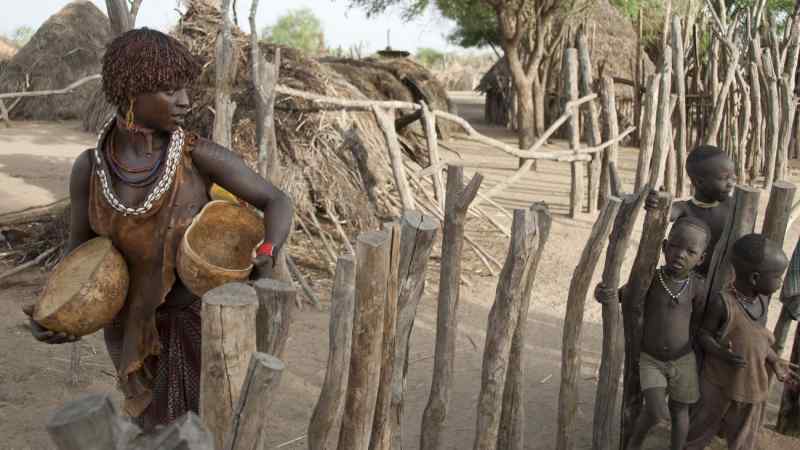 Although we’ve become accustomed to seeing the occasional gauged earlobe in our American culture, most people don’t know the origin of the practice. One of the cultures who views stretched earlobes as traditionally beautiful are the Maasai tribespeople of Kenya and Tanzania. In Maasai culture, women shave their heads and use various implements to stretch their earlobes, creating large holes where they either wear hoops or beaded jewelry. 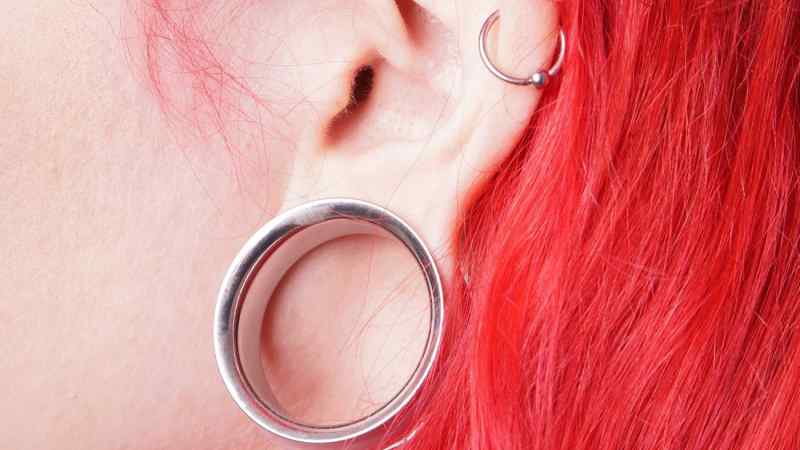 In many Asian countries, a woman with pale skin is seen as more attractive than someone who is darker. This stems from centuries of living in an agrarian society as having darker skin meant that you were often outside working in the fields. A woman with pale skin showed without speaking a word that she never had to work outside and was therefore more affluent. This beauty ideal is common across countries like India, China, and Korea. In each of those countries, you can find a huge market for skin creams that are prized for their bleaching properties. 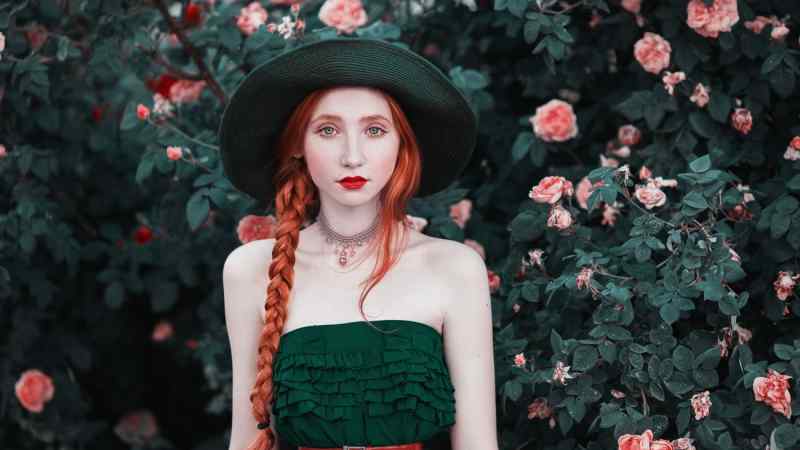 In contrast, tanned skin is prized in countries like America and Britain. The reasoning is that tanned skin makes people look healthy and vital. This is because in contrast to working outside, typically the poorest of our society work indoors and are unable to afford vacations. By being tanned — especially in the winter when most people tend to look pale and sun-starved — we show that we’re able to afford luxury vacations to tropical destinations. 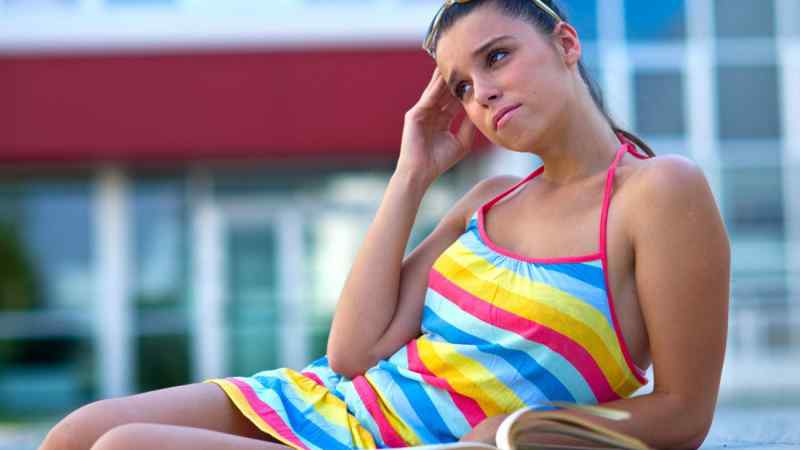 That’s right. In some parts of the world, wearing evidence of a recent cosmetic surgery is actually considered beautiful in and of itself. In Iran, many women are having cosmetic procedures done on their noses to make them look more “Western.” In fact, Iran has the highest-growing rate of nose surgery in the entire world. Many people believe this is because wearing the hijab forces women to resort to radical surgical options to improve their face as it is the only part of the body visible. 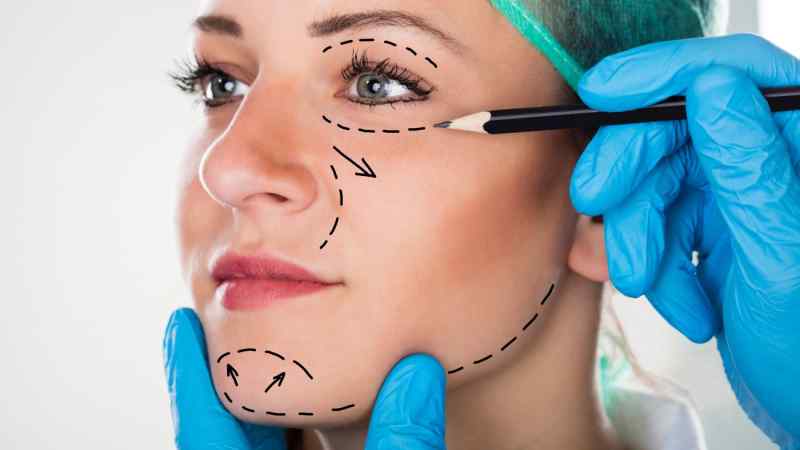 In addition to extravagant jewelry, brides in India wear elaborate designs of henna on their hands and feet. This ritual is done before the wedding and takes hours to complete. Then, the bride must sit completely still until the henna paste dries and flakes off, leaving behind only the reddish-brown design on the skin. On regular days, many Indian women outline their eyes with kohl, which serves two purposes — the black color is thought to repel evil spirits, and it makes the eyes really pop. 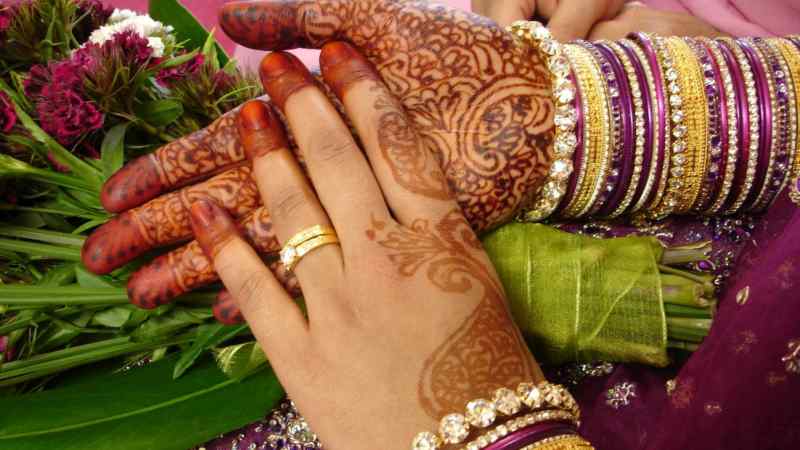 In Japan, many women obsess over the latest treatment that will ensure stick-straight hair all day long. That, in addition to the fact that bangs are immensely popular, makes many fully grown Japanese women look like children. The bangs trend has been going on in Japan for some time, and many people love that it makes women look both innocent and sexy at the same time. 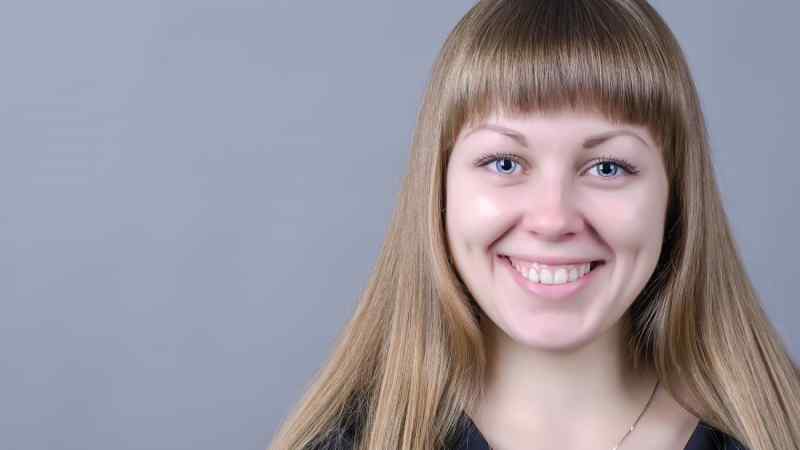 In many parts of the world, including America, being skinny is seen as the ultimate beauty ideal. 99% of the models and actresses that we see on TV and in the news are skinny. We celebrate women that are thin and even underweight because we have come to think that being skinny equates with being physically fit. Although this isn’t necessarily true, a thin person is considered to be more physically active and healthier than a person who appears to be overweight. 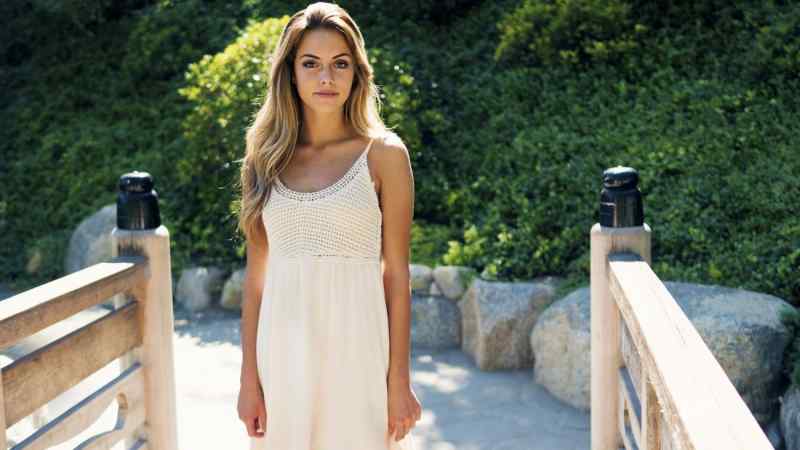 In many different cultures around the world, being a full-figured woman is the beauty ideal to strive for. Skinny girls are seen as frigid, while a larger woman is thought of as sensual. In Mauritania, many families take this to unnatural extremes by sending their teenage daughters to so-called “camps” where they are fed an extremely high-calorie diet in order to make them more appealing. These camps are also linked to another troubling trend — child marriage. Many people believe that the young women are force-fed so they look larger and more physically mature. 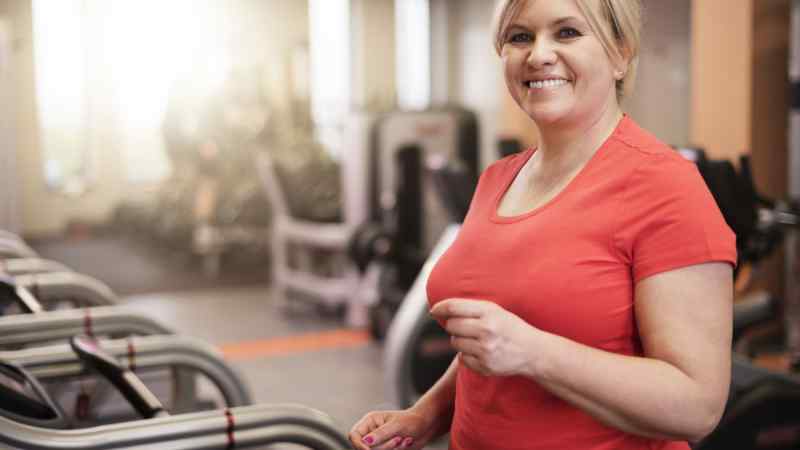 The Kayan Lahwi people of Myanmar are known around the world for starting one of the most bizarre beauty rituals around. Starting when a girl is around five years old, she begins wearing brass rings around her neck that are designed to make the neck appear stretched. In fact, the rings push the collarbone down, and don’t actually lengthen the neck at all. This elongated shape is considered beautiful, and is very traditional to the tribespeople. 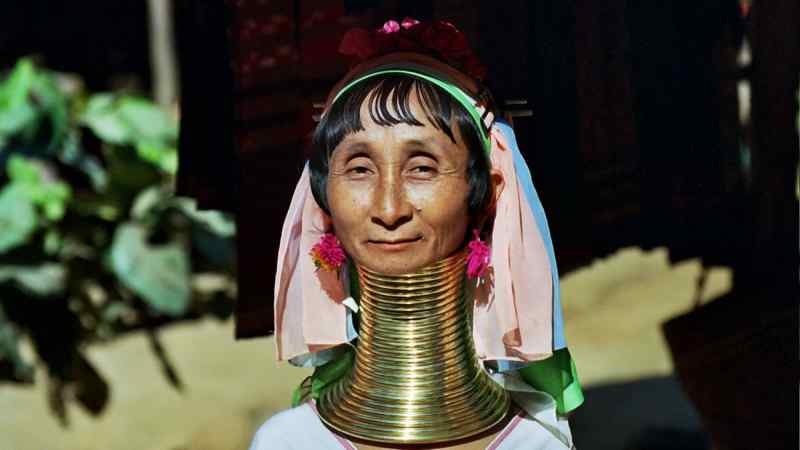 Women from the Maori tribe in New Zealand are considered most beautiful when adorned with the traditional Ta Moko tattoos. These tattoos are ritually applied to the lips and chin, and are meant to express and chronicle the bearer’s genealogy. Originally, these tattoos were done with small chisels which cut the skin, but now they are often done with more modern tattooing needles. Even though they may be done with modern tools, the Maori still believe that receiving a Ta Moko tattoo is a sacred milestone. 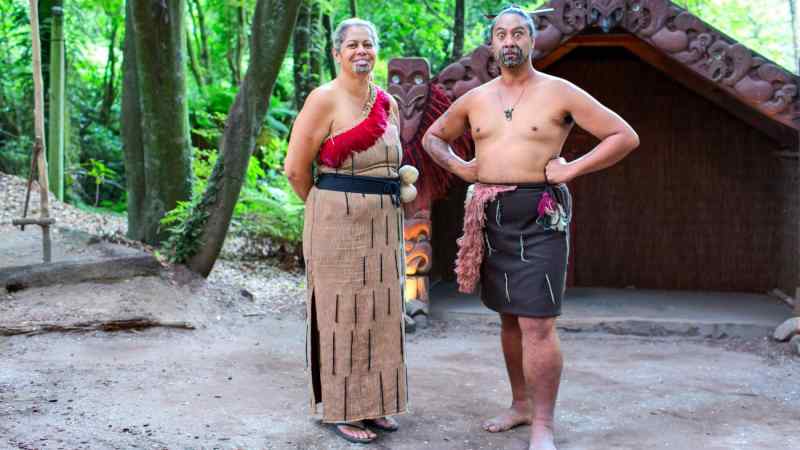 There are many different Indigenous tribes in Africa who prize women that have pierced and stretched lips as the most beautiful. Although there isn’t one single reason why women bear these unique piercings, anthropologists have speculated that it could signify the dowry given, or represent the strength and courage of the bearer. Many Native American tribes also practice a form of lip stretching. In the Pacific Northwest alone, the Haida, Tsimshian, and Tlingit tribes are all avid practitioners. 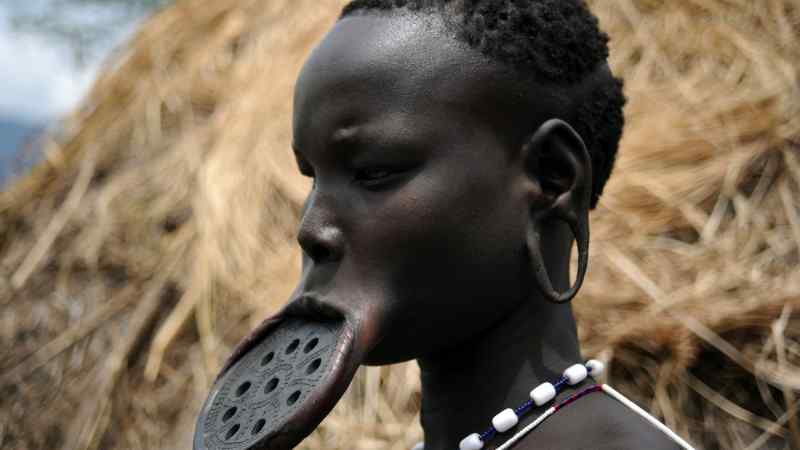 In many countries in Asia, a blepharoplasty is one of the most popular cosmetic procedures that money can buy. Blepharoplasty is the surgery where a double eyelid is created where previously there was only a monolid. Many Asian women opt to have this surgery in order to make themselves appear more “Western” as they believe that it makes their eyes look bigger. Even Asian-Americans sometimes opt for this procedure. For example, CBS anchor Julie Chen had a blepharoplasty, which she credits with helping her career take off. 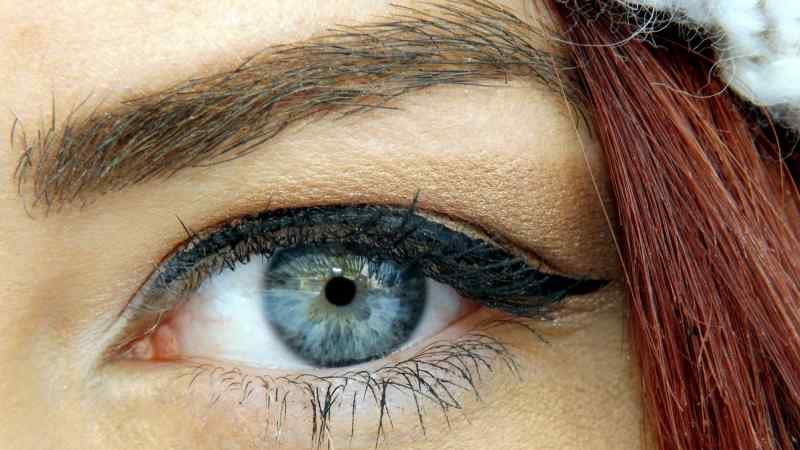 There are many places around the world where long, gorgeous, glossy hair is prized, but no place is it prized as highly as in India. Bollywood stars adorn billboards all over the country, touting their preferred brand of hair oil. This trend towards glossy hair on Indian women seems to be counterintuitive. After all, the weather there is hot and humid much of the time. However, showing that you have time to maintain your sleek and healthy hair is also a sign of wealth and prestige. 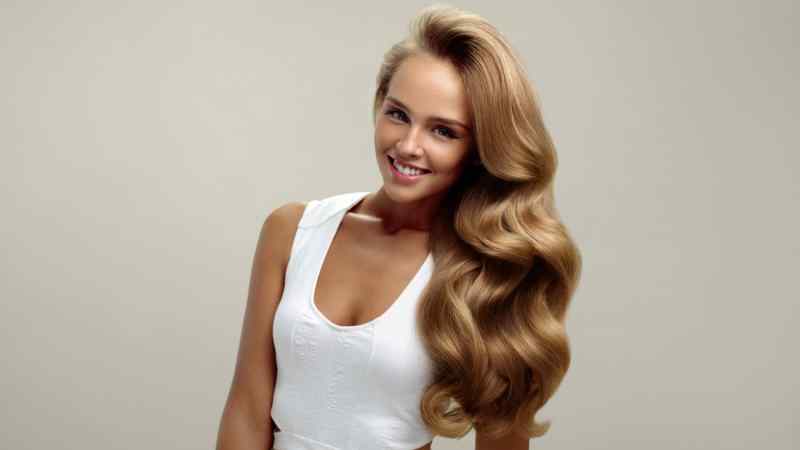 It didn’t take Nicki Minaj’s music video for “Anaconda” to tell us that many people around the world prize thick thighs and a big butt on their women. From Brazil to America to Costa Rica and all over the Caribbean, women with shapely posteriors are thought of as more sensuous and attractive than their thinner, flatter counterparts. 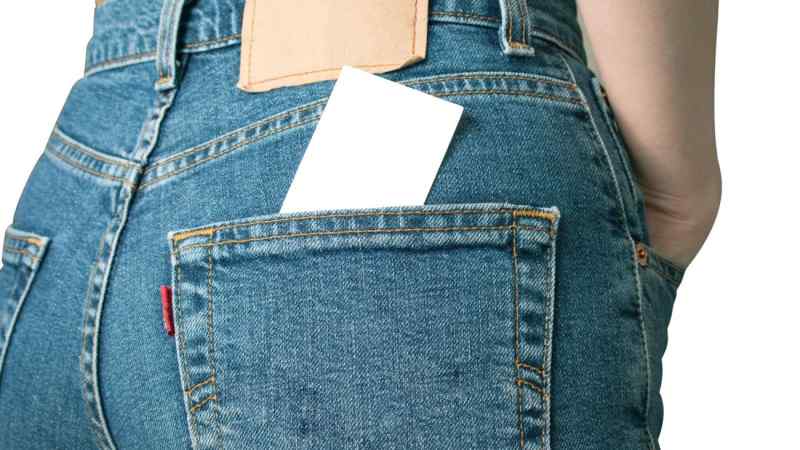