15 Ways to Reduce Your Risk of Prostate Cancer

Just hearing those two words is more than enough to get any man squirming in his seat.

This squirming may not be related so much to the cancer itself, but rather the prostate exam associated. And while I’ll be the first to admit, a prostate exam is by no means the most comfortable experience you will have in your lifetime, it is unquestionably better than the alternative.

Because the alternative is prostate cancer.

And I have no doubt that if you asked 100 men which they would prefer, you would get those 100 men in the doctor’s office quicker than you could say “take off your pants.”

Prostate cancer is the second most frequently diagnosed cancer in the male population, and similarly, also has the second highest incidence of mortality of all cancers in males. So, to put it simply, prostate cancer occurs often, and kills often.

Prostate cancer occurs when the normal cells of the prostate begin to develop and grow abnormally. The abnormal prostate cells proceed to multiply at a rapid rate, and in an uncontrollable manner, in which they then become cancerous.

Once these cancerous cells have developed, they begin to spread throughout the body.

Cancer of the prostate tends to develop at a slow rate, and during these initial stages, has minimal symptoms. So much so that it is not uncommon to hear of cases where an individual has had early stage prostate cancer for years without any symptoms (and only realise when it does start to spread).

The likelihood of developing prostate cancer increases significantly as we age, and considering the fact that it is hard to detect in its early stages, prevention strategies are key to maintaining a high level of prostate health.

The daily consumption of pomegranate juice has shown to cause significant reductions in levels of PSA (prostate-specific antigen) within the prostate. PSA is a known indicator of early stage prostate cancer, with high levels showing a strong relationship with the early onset of prostate cancer.

So, to put it simply, drinking pomegranate juice on the regular can improve your prostate health, and reduce the risk of developing prostate cancer immediately!

The prostate is a small gland that actually plays an important role within the reproductive system, where it produces the fluid that makes up semen. Strangely, this fluid has been said to have mild cancer causing properties that become benign (or ineffective) once secreted.

But, it has been suggested that infrequent ejaculation (and thus the ‘holding’ of this fluid within the prostate) may increase the risk of developing prostate cancer.

So, by having sex on the regular, we can increase the turnover of this fluid, and improve prostate health. Pretty good excuse (not that we need one) if you ask me.

3. Or Practice a Little ‘Self-Love’ Regularly

Now building on the previous point, while sex is the ideal, maintaining a healthy prostate simply comes down to excreting the seminal fluid on a regular basis.

As a result, it doesn’t really matter how you do it!

Studies have shown that men who consume foods high in lycopene are at a much lower risk of developing prostate cancer than those who do not.

Interestingly, lycopene has been shown to be better absorbed into the body once tomatoes have been cooked, so no need to fear if you do not like raw tomatoes – mom’s spaghetti will also get the job done here!

5. Fruits and Vegetables Are Your Friends

Grandma hit the nail on the head.

Fruits and vegetables are incredibly important, and not only so you will grow up big and strong.

The nutrients found in both fruits and vegetables are integral to maintaining a high level of cell health, and also play an important role in breaking down cancer causing substances within the body.

As such, eating fruit and vegetables regularly can improve the health of prostate cells while also reducing the risk of developing prostate cancer!

Fish contain an abundance of Omega-3 fatty acids, which have been linked to both an increase in prostate health, and reduction in the likelihood of developing prostate cancer.

In fact, a diet high in fish has even shown to slow the growth of cancerous prostate cells, having a positive effect on those already suffering from poor prostate health.

This holds particularly true for high quality fish such as fresh tuna, salmon, and trout!

7. Get Your Green Tea On

Green tea contains an abundance of unique antioxidants that have repeatedly been linked to cell health and a reduction in the number of cancer causing free-radicals found in the body.

Furthermore, those men who drink green tea regularly have not only been shown to have reduced risk of cancer, but prostate cancer in particular.

This has also been associated with an increase in prostate health and prostate function.

As a result, a cup or two of green tea each day can go a long way to improve your prostate health.

While soy often gets a bad rap for being nothing more than a vegan alternative, it is often undeserved. Soybeans (and soy based products) are extremely rich in a type of nutrient known as isoflavones.

Isoflavones have been associated with a reduced risk of prostate cancer. That’s right gentlemen, going vegetarian once or twice a week won’t kill you (in fact, it may do the exact opposite).

Coffee often gets discussed because of its action as a stimulant, but it actually has some very strong research linking it to improved prostate health.

In fact, drinking four to five cups of coffee per day has been shown to significantly reduce the risk of developing prostate cancer. This holds true whether it is barista brewed or instant, so don’t be picky!

10. Increase the Amount of Quality Fats in Your Diet

Studies have shown time and time again that an increased intake of animal fats can increase the risk of developing prostate cancer significantly.

So, instead of using lard and butter, opt for olive and coconut oils, as these contain a high amount of monounsaturated fats that have actually been shown to impact health positively – while reducing the likelihood of developing prostate cancer.

11. Put the Cigarettes Away

Smoking has been linked to a multitude of diseases and illnesses, and this continues to hold true for cancer of the prostate.

It’s never too late to quit.

The accumulation of abdominal fat (did someone say “dad bod?”) has been linked to an increased risk of prostate cancer and reduced prostate health.

The easiest way to keep it off? Exercise regularly.

Regular exercise can help you lose any unwanted abdominal fat, while also having a host of other health benefits.

Prostate cancer has been shown to be hereditary.

A diet high in sugar has been linked to a number of illnesses, including an increased risk of most cancers – including cancer of the prostate. Additionally, high sugar diets have also been linked to prostate inflammation, which can lead to ejaculatory issues, and discomfort.

By limiting our intake of sugar, we can maintain the health of our prostate, while also reducing our risk of cancer.

While it may sound like an old wives’ tale, it definitely holds true when it comes to a healthy prostate. Brussels sprouts, and other green vegetables, contain a substance known as sulforaphane, which has been shown to fight against prostate cancer.

In fact, sulforaphane has even been suggested to treat advanced forms of prostate cancer.

Prostate health is integral to optimal function of the reproductive system and a reduced risk of prostate cancer.

By merely eating correctly and following the advice (some of which should be extremely enjoyable, I might add…) outlined in this article, you can go a long way to maximizing the health of your prostate, reducing the risk of prostate cancer significantly.

Remember, due to the unique nature of prostate cancer, prevention is key.

And get yourself checked regularly. Seriously, two minutes of pain for a lifetime of fun – it’s a no brainer. 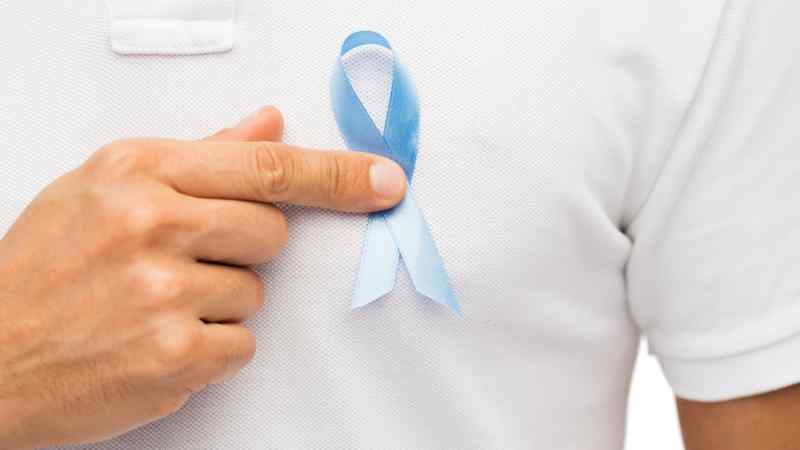