15 Celebs Who Opened Up About Postpartum Depression

Postpartum depression can feel isolating and scary, and far too often it’s an experience that new moms are hesitant to discuss. Many women feel guilty or fear being judged, and others believe something must be wrong with them.

Here are 15 famous moms who have shared their stories:

Despite a blissful experience following the birth of her oldest daughter Apple, Gwyneth Paltrow says she struggled two years later when her son Moses was born. Paltrow had difficulty feeling emotions and connecting with her new baby, describing herself as a “zombie.”

In an interview with Good Housekeeping, Paltrow voiced the fears faced by many women who struggle with postpartum depression.

“I just thought it meant I was a terrible mother and a terrible person,” she said. “I felt like a failure.” 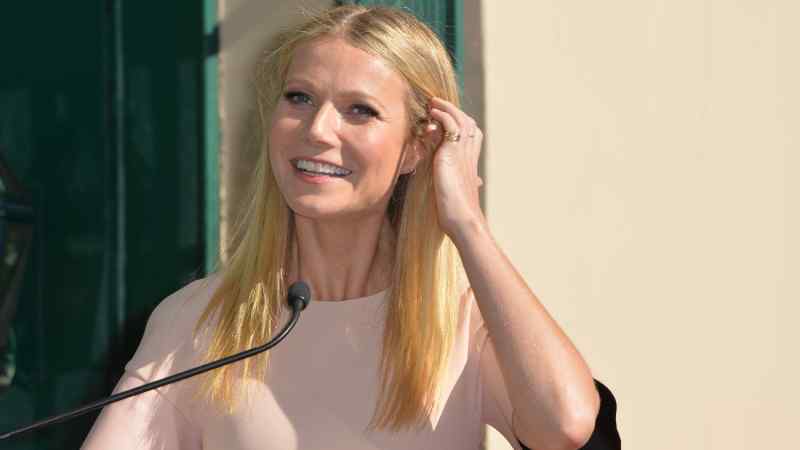 After the birth of her son Matthew, Marie Osmond suffered from severe postpartum depression, including thoughts of suicide.

She shared her difficulties and eventual triumph in the memoir Behind the Smile: My Journey Out of Postpartum Depression. In the memoir, Osmond describes hysterical crying and the inability to get out of bed some mornings.

She credits antidepressants and the support of her mother, who had also experienced postpartum depression, with her recovery. 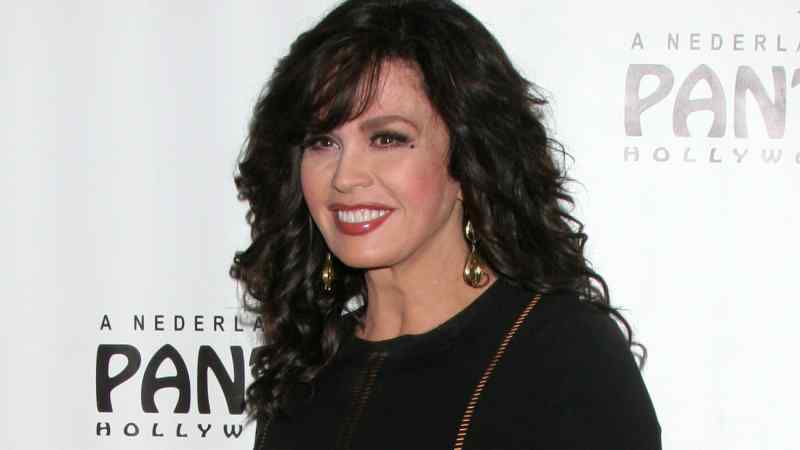 In a 2005 interview with USA Today, Courteney Cox revealed her experience with delayed postpartum depression. It wasn’t until her daughter, Coco, was six months old that Cox began experiencing symptoms.

Around that time, Cox began having difficulty sleeping, experienced a racing heart, and grappled with suicidal urges. She also felt vulnerable, an emotion she described as “smallness.”

After turning to friends for support and taking the hormone progesterone, Cox was able to fully experience her blessings and even contemplate adding to the family. 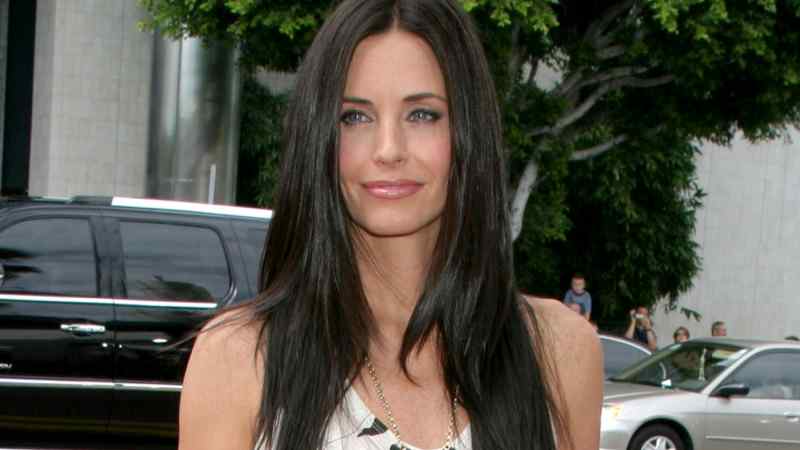 Like Gwyneth Paltrow, Drew Barrymore’s postpartum depression didn’t occur until after the birth of her second child, a shocking follow-up to the blissful early days with her firstborn.

In an interview with People, Barrymore explained, “I really got under the cloud.” Rather than feeling the joyous emotions she had anticipated, Barrymore felt overwhelmed and depressed. Fortunately, the depression persisted for only six months before she was able to regain a sense of normalcy.

Barrymore says that she uses the experience to remind herself to live in the moment with her two daughters, Olive and Frankie. 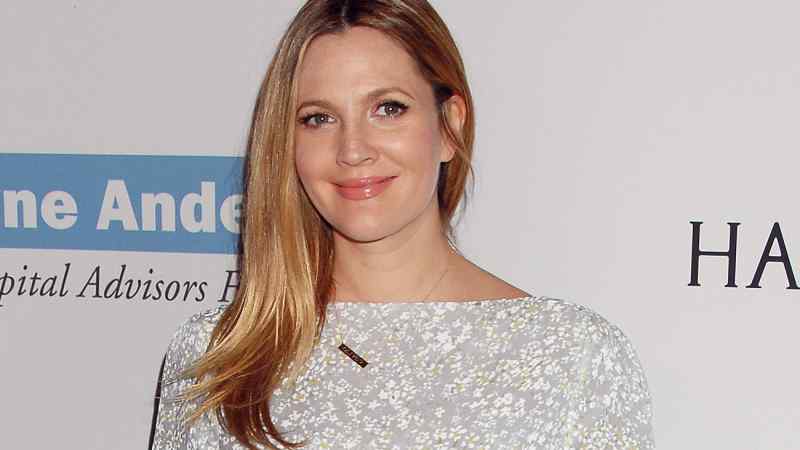 Brooke Shields famously shared her battle with postpartum depression in the 2005 memoir Down Came the Rain: My Journey Through Postpartum Depression.

In the book, Shields details feeling like her daughter Rowan was “a complete stranger” and dreading the moment when husband Chris would bring Rowan to her.

After taking antidepressants and visiting a therapist, Shields was able to fall in love with her daughter and experience the “pure joy” of being a mother. 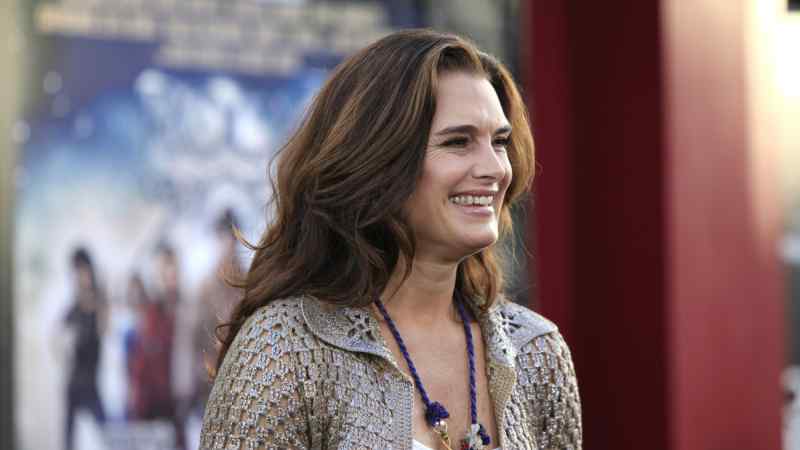 In September of 2015, Hayden Panettiere spoke candidly about her postpartum depression on Live! with Kelly and Michael, saying, “Women need to know that they’re not alone, and that it does heal.”

Panettiere described postpartum depression as “completely uncontrollable,” “really painful,” and “really scary.” She emphasized the fact that PPD is not “just hormones” and that women suffering from PPD need a great deal of support and understanding.

Panettiere sought help for her postpartum depression at a treatment facility and now hopes for as many as three siblings for her daughter Kaya. 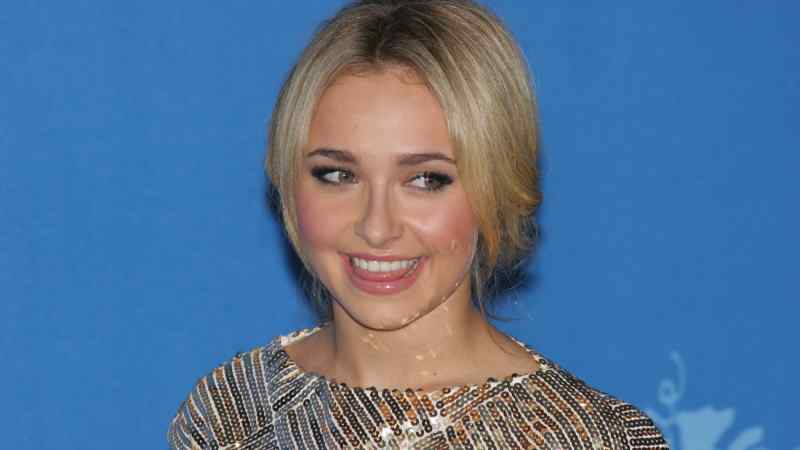 Rather than not wanting to spend time with her child or fearing that she might hurt him, Adele was “obsessed” with son Angelo. However, she battled constant feelings of inadequacy and the idea that she’d made a horrible decision.

After Adele confessed to a friend, “I hate this,” the friend burst into tears and revealed, “I hate this too.” The experience lifted Adele’s spirits and helped her gradually conquer her negative feelings. 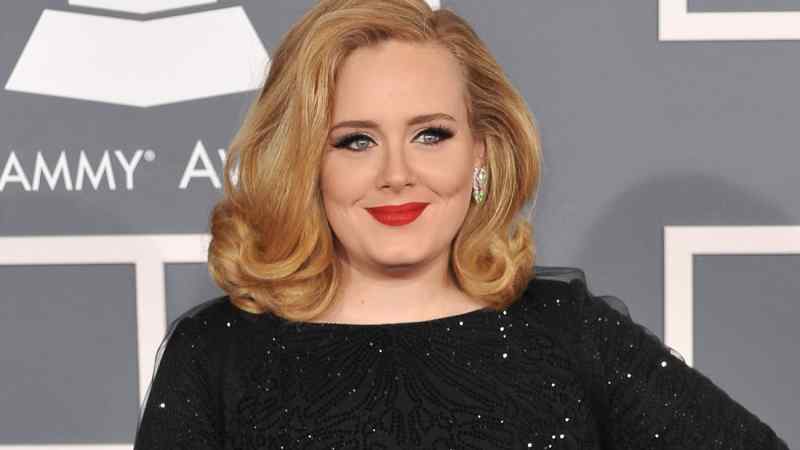 Actress Amanda Peet believed it was important to be honest with Gotham magazine about the “fairly serious postpartum depression” that plagued her after the birth of daughter Frances.

“I want to be honest about it because I think there’s still so much shame when you have mixed feelings about being a mom instead of feeling this sort of ‘bliss,’” Peet explained. For Peet, all of the euphoric emotions she experienced during pregnancy “came crashing down the second [Frances] was born.” 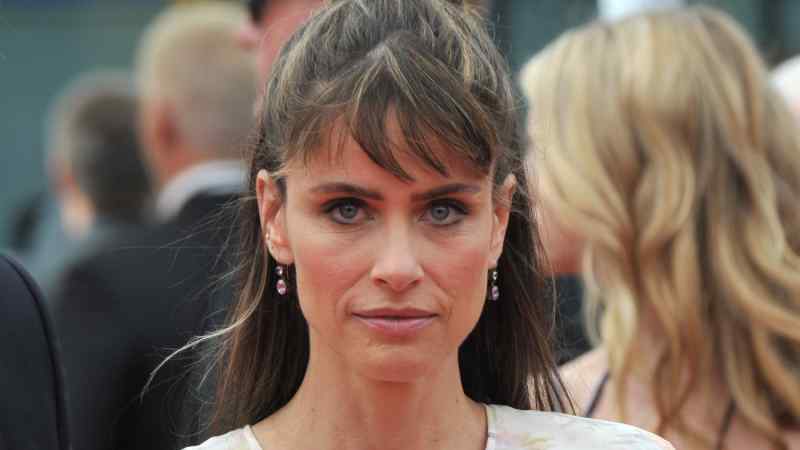 Following the birth of her first child Lola Sofia, Carnie Wilson said she “cried all day over everything” in an interview with People magazine.

Wilson explained that it’s hard to describe the “physical” feeling of postpartum depression.

“You’re overwhelmed with love and joy, then sadness and fear. You’re so afraid to fail this baby,” she said. She also discussed a fear of dropping or hurting Lola Sofia, whose total dependence on her was terrifying.

Through therapy, affirmations, vitamins, and exercise, Wilson made a gradual recovery and is now back to her confident and spirited self. 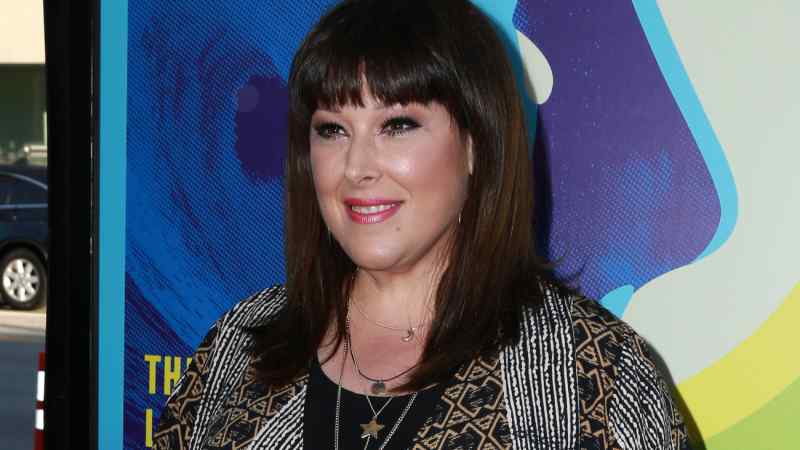 Bryce Dallas Howard wrote a piece about her experience for Goop, a weekly lifestyle publication curated by Gwyneth Paltrow.

After her son, Theo, was born, Howard writes, “I couldn’t genuinely cry, or laugh, or be moved by anything.” Like many women battling postpartum depression, Howard pretended to be a delighted mom, leading to daily breakdowns in the shower.

When Howard agreed to seek help and was diagnosed with severe postpartum depression, she turned to therapy, homeopathic treatments, and a group of fellow mothers to help her heal. 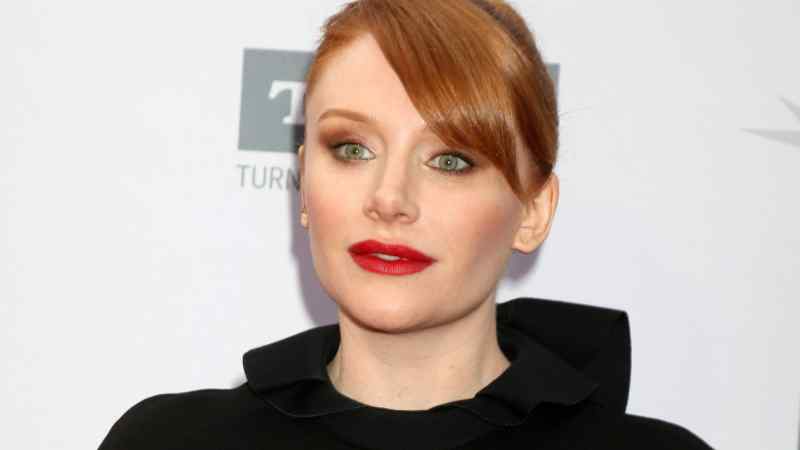 During an interview with Dr. Drew, Lisa Rinna disclosed her experience with severe postpartum depression following the birth of her first daughter Delilah.

Rinna, too, kept her PPD a secret and didn’t tell anyone what she was feeling. She felt hopeless and lost, and her self-esteem had crumbled. She also had visions of hurting her family, which ultimately prompted her to open up to her husband after ten months of battling the condition.

“I wanted to share [my experience] because I think women are so shamed by this and feel so horrible,” Rinna explained. 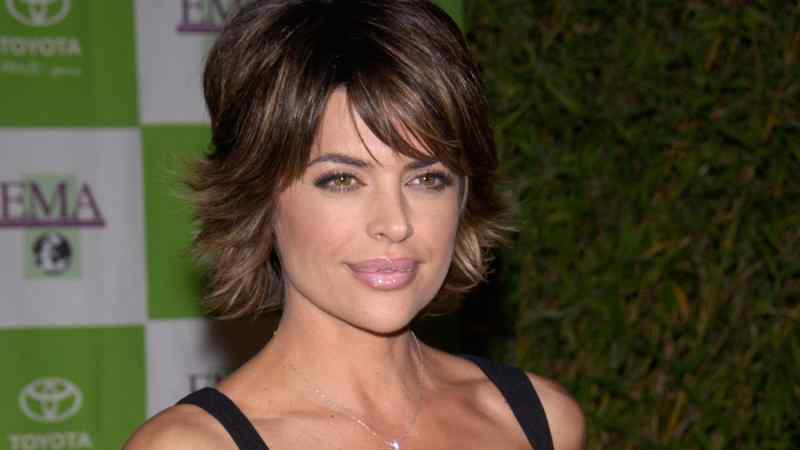 Singer Alanis Morrissette shared her story of postpartum depression during an appearance on Chelsea Lately.

Following the birth of her son Ever, Morrissette experienced “a really intense time” that she didn’t feel comfortable sharing. In fact, she kept quiet about her struggle for a year and four months before deciding to ask for help.

Now, she stresses that other women should not feel guilty about their feelings, and she speaks out in hopes of encouraging other women to seek much-needed support sooner than she did. 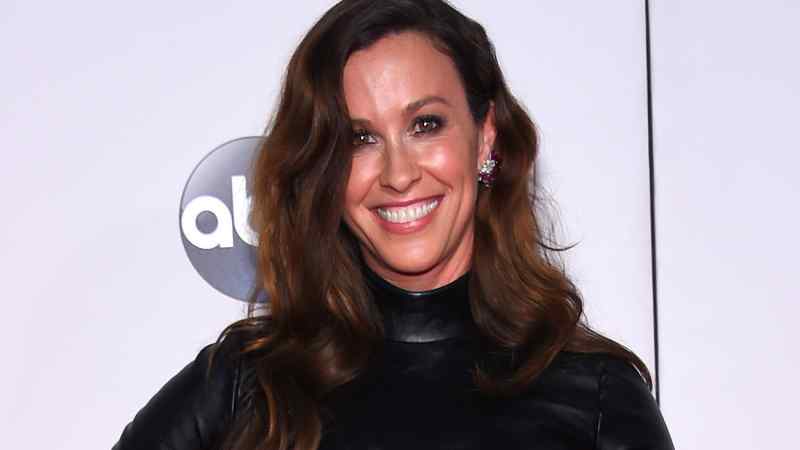 After combatting total exhaustion and postpartum depression following the birth of her son, Aurelius Cy, Elle Mcpherson completed a six-week intensive program to aid her recovery.

“I took the steps I needed to take in order to recover,” Mcpherson told the Herald Sun. She also called her experience in the treatment facility a “well-earned break,” something that all mothers need at times.

Mcpherson would now be “very happy” to become a mother again. 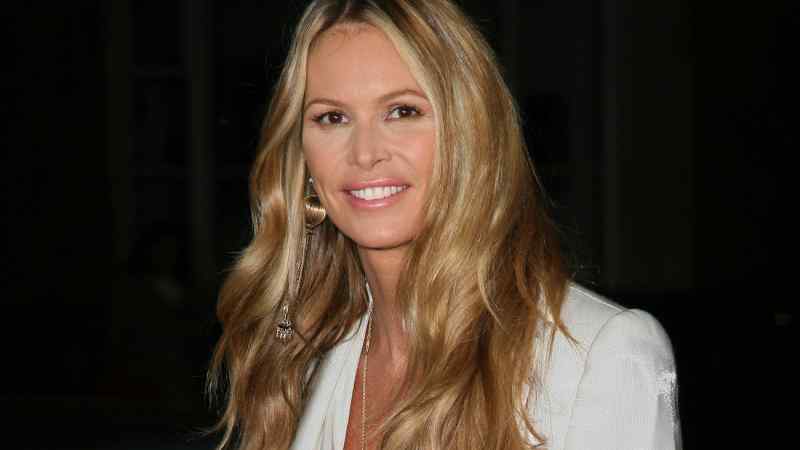 Game of Thrones star Lena Headey has suffered from depression throughout her life, and she also battled postpartum depression after her son Wylie was born.

Headey has stated that she “didn’t realize for a long time” that going “a bit nuts” was the result of postpartum depression. Once the root of her issues became apparent, Headey sought help.

A doctor “who mixes Western and Eastern philosophy in terms of medicine” helped Headey recover and nurture a strong bond with her son. 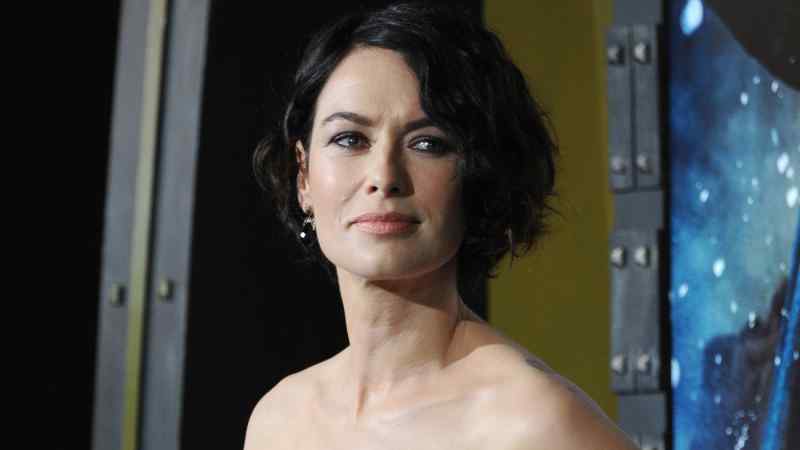 Even a former CIA operative can struggle with postpartum depression, as was the case with the famously “outed” Valerie Plame Wilson.

Wilson recalled feeling empty after the birth of her second child, with her emotional responses extremely dulled. She struggled to understand why she “just wanted to go away” from the love of her life and their two beautiful babies.

After recovering from postpartum depression with help that included antidepressants, Wilson started a postpartum support group to help women with similar struggles. 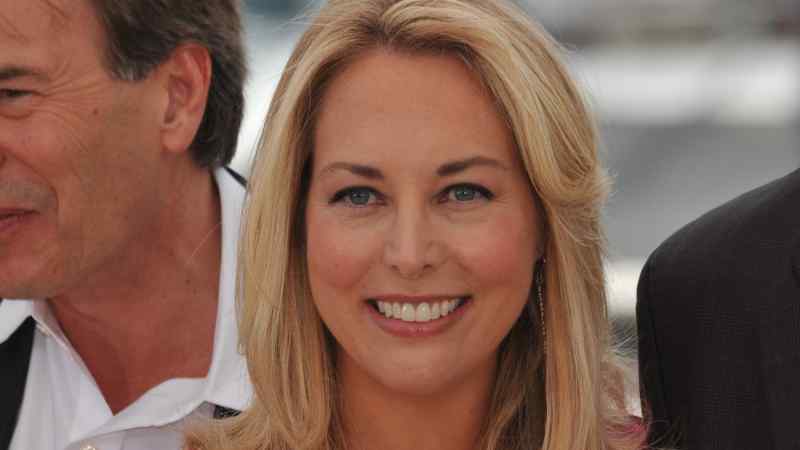