It begins with one. “Hey,” you tell yourself, “a single, chocolaty, caramel-packed treat never hurt anyone. Plus, look how tiny it is!” Before you know it, you’re ankle deep in plastic wrappers and sorting out your alibi. Halloween candy is addictive because sugar is additive and (spoiler alert) Halloween candy is full of sugar.

Freddy Krueger is retired, Jason is deceased and Scream hasn’t been scary for decades. No, these days the scariest thing about Halloween is also the sweetest. We’re all entitled to indulge, and cheat days make the world spin, but your body is a temple and it’s your duty to exorcise it of those coco-covered demons.

Today at Healthversed, we’ve taken this opportunity to uncover all the spooky secrets that our favorite Hallo-treats are hiding. Don’t forget your flashlight.

Close your eyes. Imagine yourself as an 8-year-old pirate, exhausted following an evening of plundering your neighborhood. You get home, you empty out your pillow sack onto the floor and you pluck a Snickers from the pile.

Now, fast forward about 3 months. You’re sitting in the dentist chair because, though you tried your hardest, you couldn’t fully de-caramel your back molars. 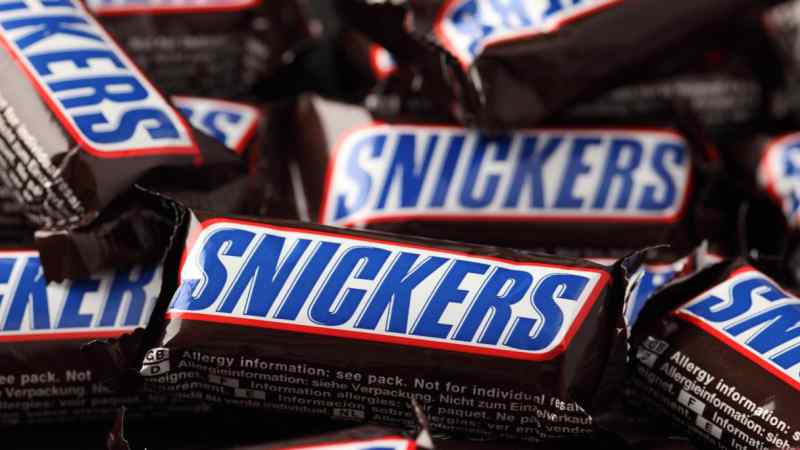 I like to think that the Tooth Fairy and the Pixie that invented Pixy Stix are on the same team. But I digress.

I could tell you all about the artificial food coloring. I could wax poetic about sugar content and tooth decay. But you already know the truth about Pixy Stix. And deep down, you’ve always known the truth. Because even a child understands that Pixy Stix are really just sugar packets with fancier packaging. 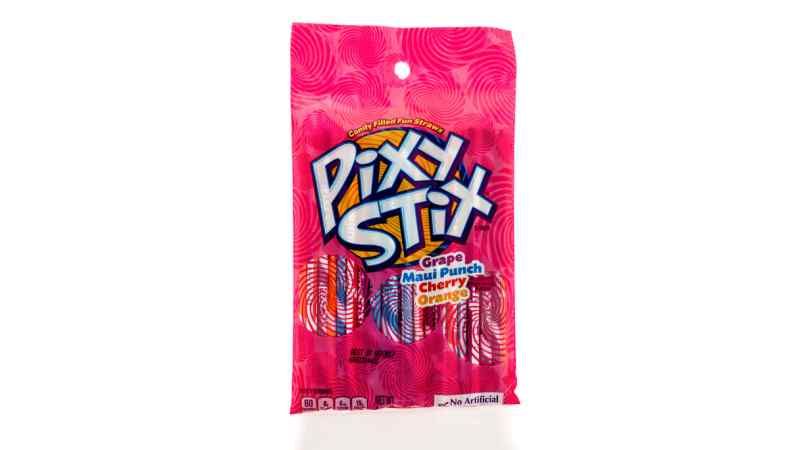 Don’t be fooled by the name -- Candy Corn is not a vegetable. In fact, it’s literally the farthest thing from a vegetable. 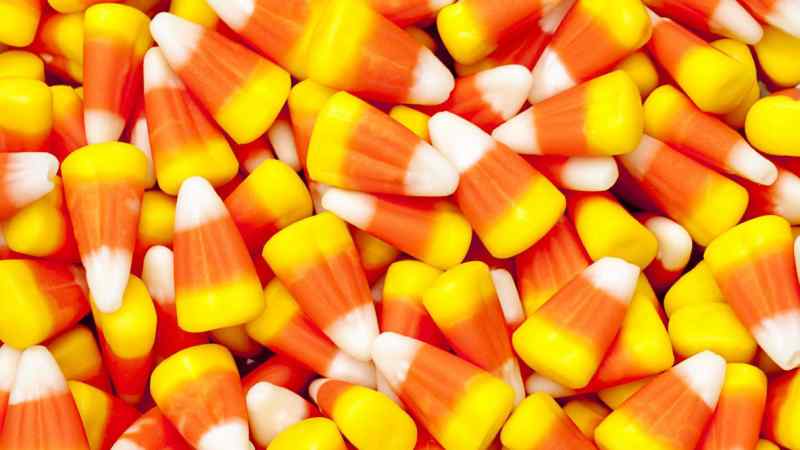 With 21 grams of sugar and 11 grams of fat, it’s probably a good idea to take a break from these ones too. You really are better off going the healthier route. Grab an apple, peel a banana or just drink a glass of water. The sugar craving will subside in no time. 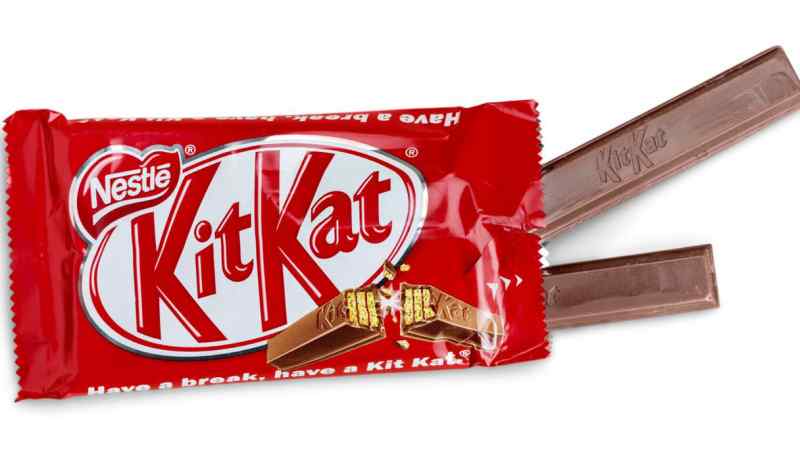 A Gobstopper -- or Jawbreaker to the North Americans in the house -- is a hard, sugary candy with multiple layers of varying sizes. Gobstoppers are dangerous for the same reason Tootsie Pops are dangerous: they expose teeth to sugar for a long, long time. But Gobstoppers can also be a choking hazard. Though they should be fine for children over the age of 10, my mother wouldn’t let me have one until I turned 22. 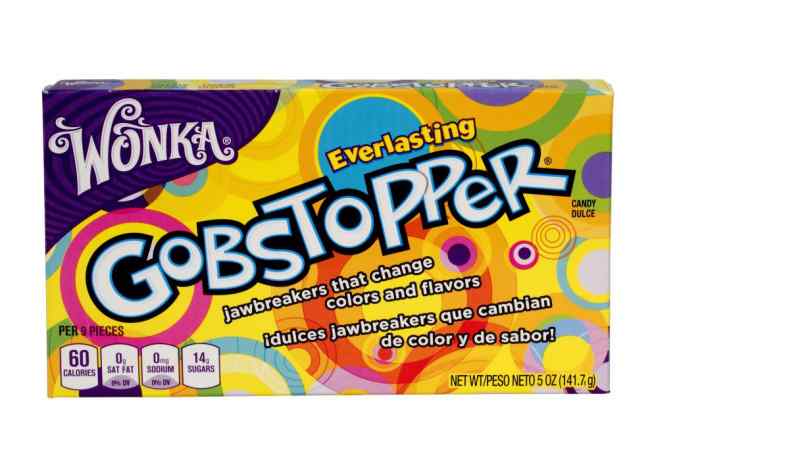 Talking smack about Starbursts comes naturally to me. Because, well… I hate Starburst. They take forever to un-wrap and they taste like tea-candles dipped in sugar -- about 22 grams of it (per square), and a lot of fat too.

Also, Starburst candy has this incredible ability to find the deepest, darkest corner of your mouth and call it home. 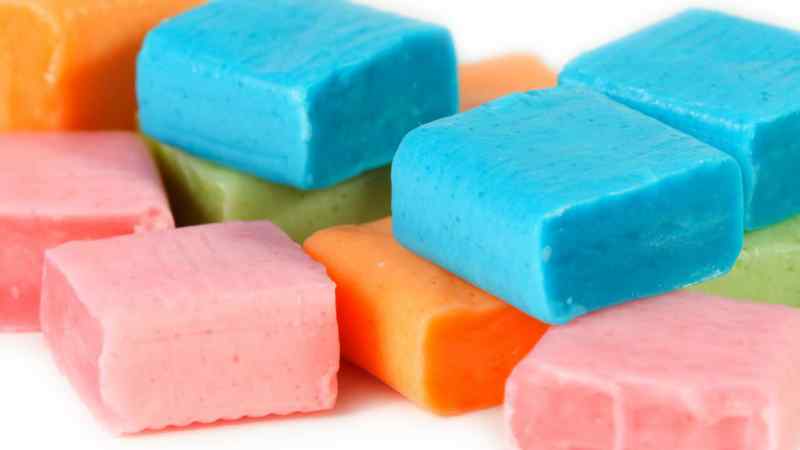 Denouncing the sweet, delicious taste of this Halloween classic feels just plain wrong. They’ve just been around for so long. It’s like finding out that Grandma’s signature spaghetti sauce comes from a can.

Children have been enjoying Tootsie Pops since 1931, and dentists have been repairing the damage since then too. The danger with Tootsie Pops is that they take so long to finish, and exposing your teeth to sugar for that long is, well… the reason most of our grandparents don’t have any more teeth to brush. 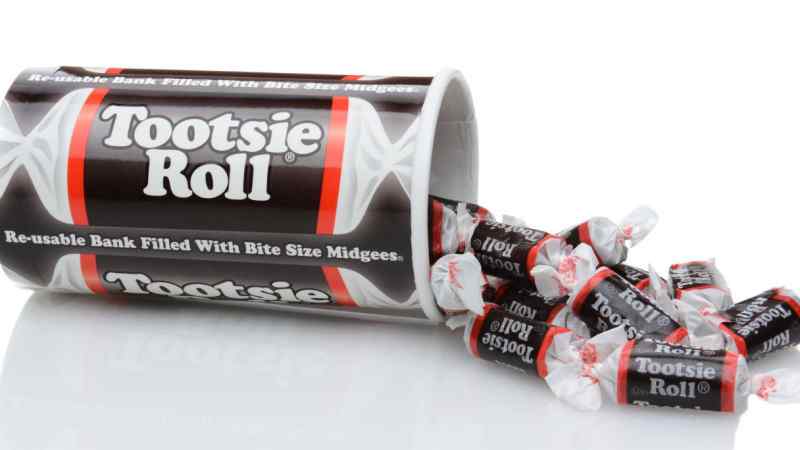 I’ll admit it. There was a period in my life when every straw was a Twizzler straw. But I’m a grown man now and grown men aren’t allowed to use straws. And I’m thankful for that. Because, though they’re low in fat, Twizzlers are high in sugar. There’s nearly six grams of it per piece!

So here’s a tip. When you have a hankering for your favorite strawberry flavored confectionary, just reach for a real strawberry instead. 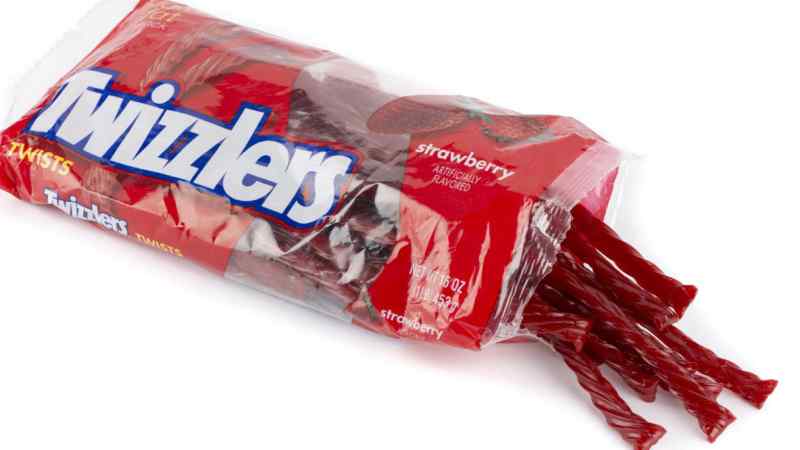 Whoppers are as American as Apple Pie, the second amendment and reality television. Unfortunately for you, all of those things are also bad.

Whoppers, introduced to the public in 1949, consist of malted milk balls and an artificial “chocolaty coating.” Artificial chocolaty coating couldn’t possibly be good for you. Also, Maltesers are better. 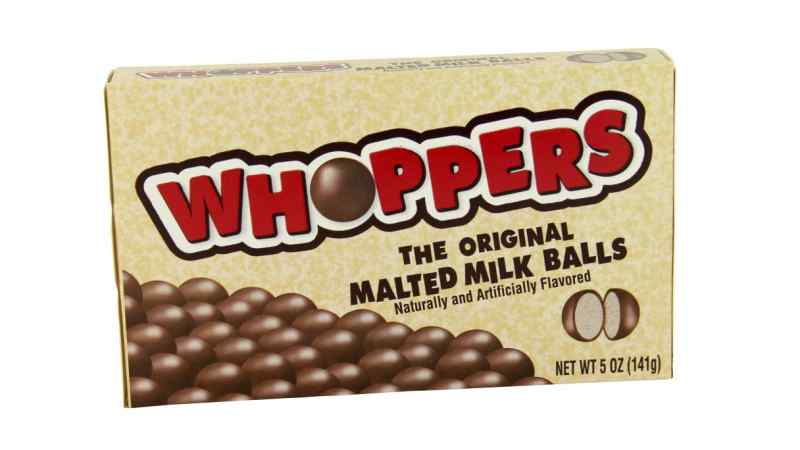 Here’s a diet tip. Next time you’ve got a craving for a 3 Musketeers bar, share it with three people. It’s really the only safe way to consume 7 grams of fat, 5 grams of saturated fat, 36 grams of sugar and 90mg of sodium. 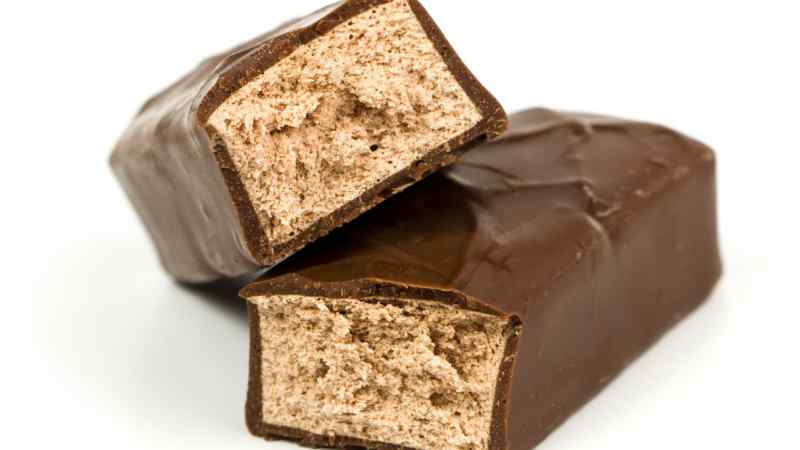 It’s 3 in the afternoon. Your work is done for the day, and you’re counting down the minutes until its late enough for you to sneak out the back door and make your way back home. You turn your attention away from Facebook and focus in on the office vending machine. You yearn for the perfect combination of chocolate cookies and white chocolate. 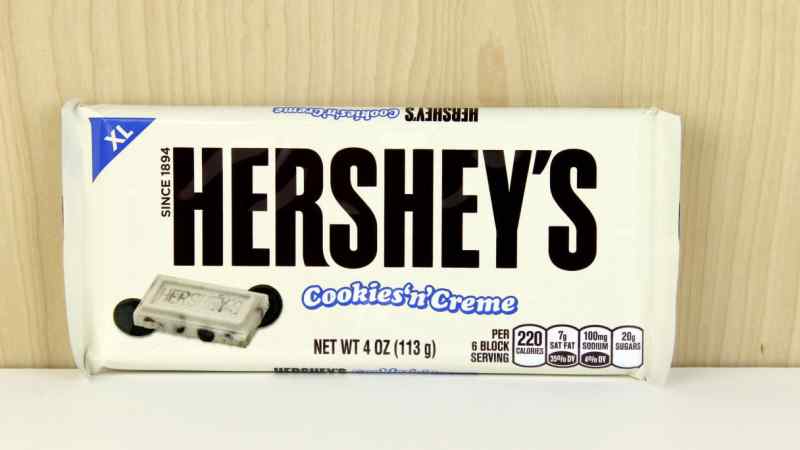 Buying a Twix just feels like you’re getting a good value. I mean, you’re getting 2 chocolate bars! You’re also getting a 27 grams of sugar and 14 grams of fat! That’s a pretty incredible sugar-to-dollar ratio, too. 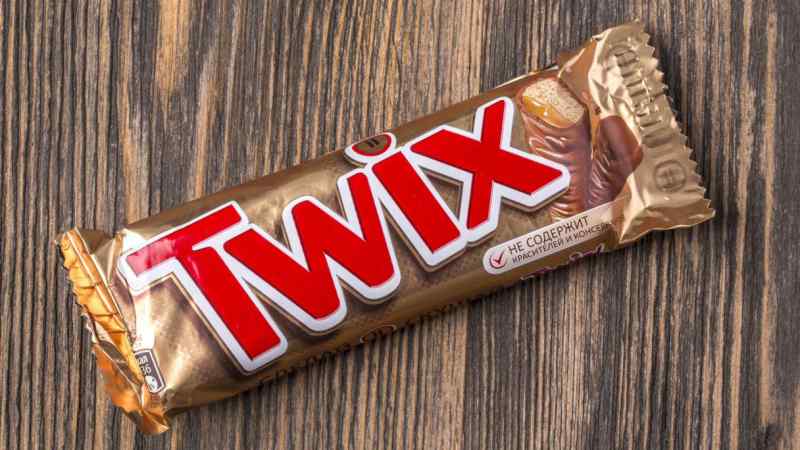 Chocolate, even milk chocolate, isn’t as bad for you as you might think. Sadly, there’s more to M&Ms than milk chocolate. Sugar, cornstarch, corn syrup… it’s a real life nightmare. And they’re small, too… so you can easily eat 100 of them inside of 10 minutes. 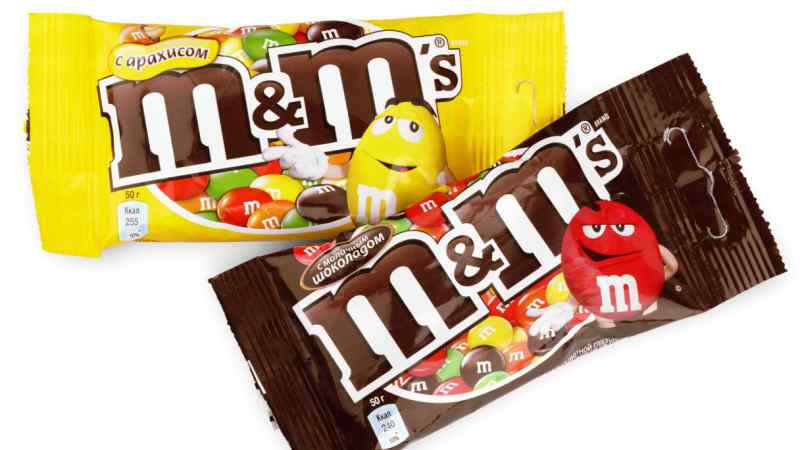 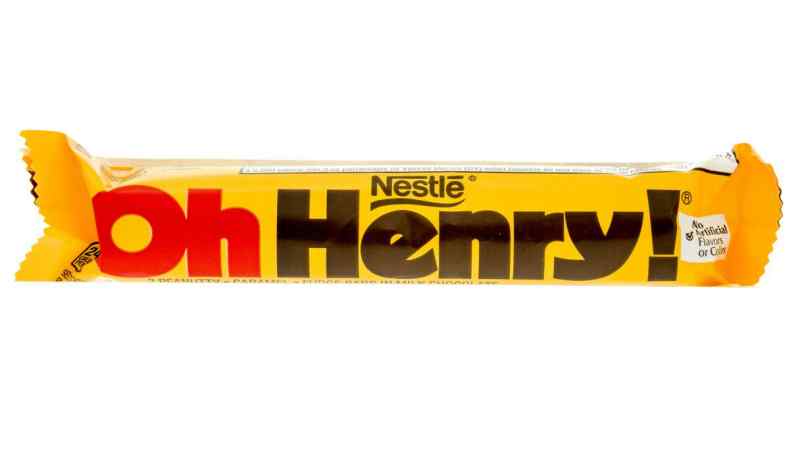 Milky Way candy bars have one of the more complex recipes of all the products mentioned. Including milk chocolate, milk fat, malted barley, egg whites, corn syrup and more. It also includes more sugar than most bars (31 grams) and an obscene mount of saturated fat (7 grams).

I bet you saw this one coming. It doesn’t take a nutritionist to figure out that Sour Patch Kids are bad for you. Loaded with sugar, artificial flavors and colorings… they get stuck in your teeth very, very easily. And they’re very acidic, which is another horror story for your teeth. So the next time you think about picking up a bag, just think of your dentist and don’t. 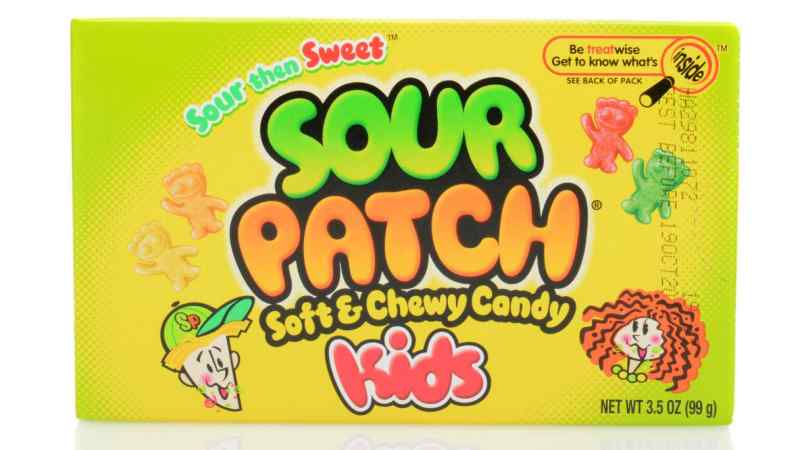 These are a classic. They’re the Ford Mustang of candy. Sugary, colorful, flavorful… what’s not to love?

They’re also incredibly bad for you. Artificial coloring, artificial flavours, trans fat, sugar, corn syrup… I know, I know, I’ll stop. The thing is, most candy is bad for you. Just take control of the cravings and limit it to cheat days, special occasions and reality-TV marathons. Maybe not that last one. 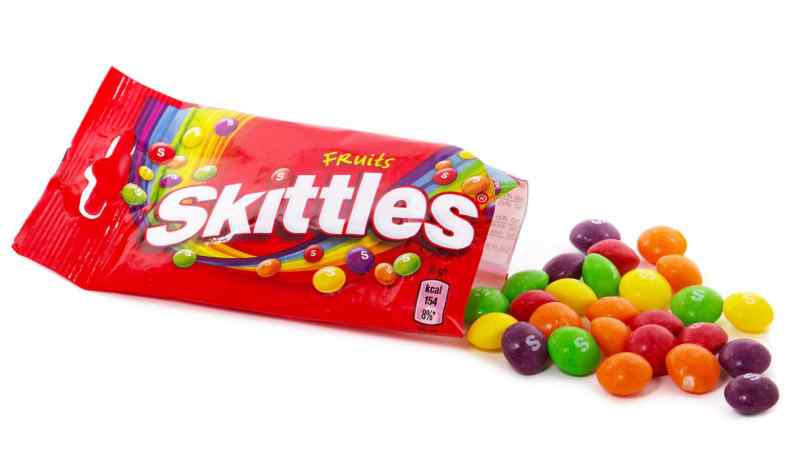 His candy bar hits hard too. 275 calories per serving, 32 grams of sugar and 13 grams of fat. It’s like a baseball bat to your weight loss goals. 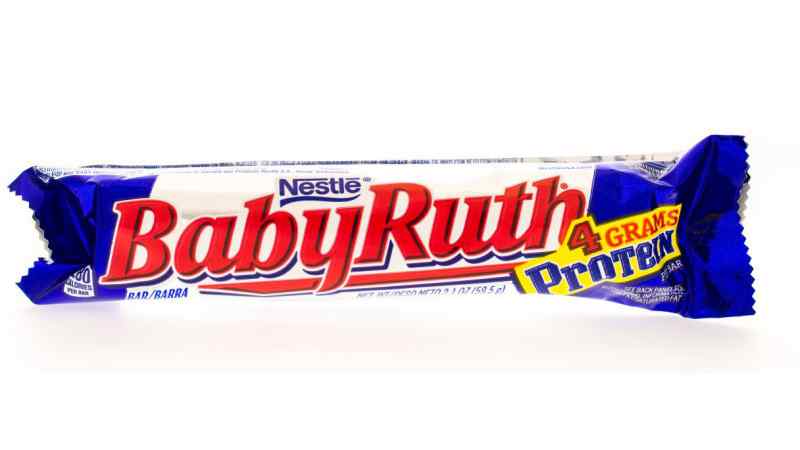 Chewy, flavorful and sugary. Swedish Fish have been sold in North American since the 1950s. Main ingredients include sugar, corn syrup, modified corn starts and red dye. Swedish Fish actually have one of the highest sugar-to-calorie ratios in the industry. With very little nutritional value. 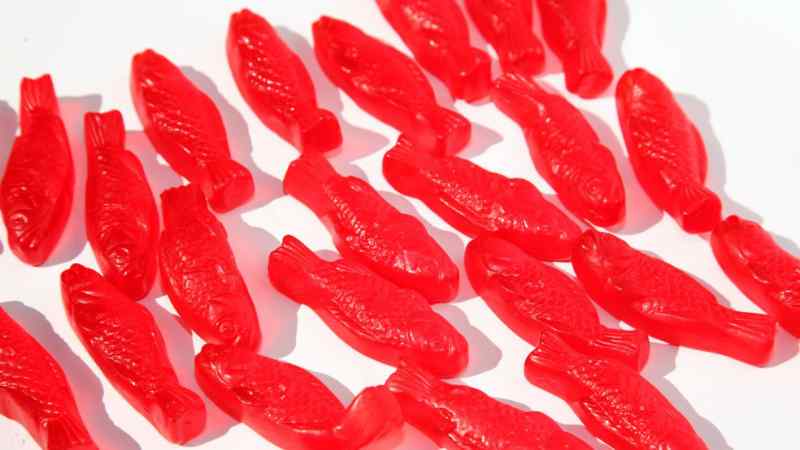 As a child, I always preferred Smarties over the more tradition M&Ms. It turns out, I prefer Smarties because they have way, way more sugar. A single serving size (30 Smarties) can contain up to 22 grams of sugar along with 4 grams of fat and 24 grams of carbs. The real smart decision would be staying far, far away. 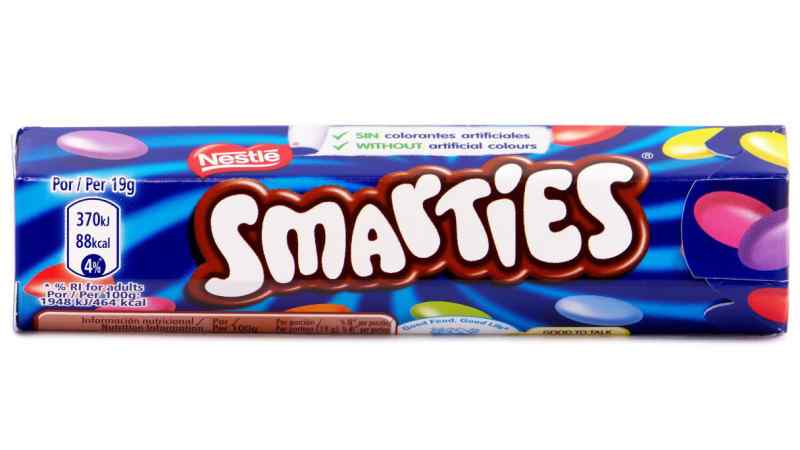