Does Red Meat Really Cause Cancer?

For a long time, people have stayed away from red meat because they’ve heard it may cause cancer. Scientists have found indirect links, and it takes a little bit of work to figure out how red meat truly affects your risk for cancer. In the following article, we’ll look at some of the sources that talk about the link between red meat and cancer, and analyse them to determine the best way to incorporate moderate amounts of red meat into your diet.

What Is Red Meat?

Red meat is a type of meat that is dark in color both before and after cooking. A simple rule of thumb used by the USDA is that any meat that comes from a mammal is considered to be red meat. The most typical in our cuisine is beef, veal, or lamb. Even though the USDA is generally considered to be the last authority on all things food in America, many people debate about what actually constitutes red meat — some consider goose red meat, while others say that anything hunted from the wild, even a bird like pigeon, is red meat.

Recently, the World Health Organization announced that their affiliate, the International Agency for Research on Cancer (IARC) had completed a study where they looked at both processed meat and red meat and evaluated them on their potentiality to cause cancer. After considering the results of the study, the IARC chose to name processed meat a carcinogen, and red meat a probable carcinogen.

A carcinogen is a substance that could potentially cause cancer. Other known carcinogens are asbestos and tobacco.

Twenty-two different experts from all over the world reviewed different studies to come up with this conclusion about the cancer-causing potential of red meat and processed meat.

Red meat was shown to affect the subject’s risk of colorectal, prostate, and pancreatic cancer. A study in Australia showed that one in every six cases of bowel cancer was caused in some part by increased consumption of red meat. One in six is a staggering number, and it’s easy to see that and be frightened away from ever consuming red meat again.

While it’s true that red meat is a possible carcinogen when eaten regularly, eating sustainably raised, hormone-free red meat once or twice a week provides you with essential nutrients like zinc, iron, and protein. It’s easy to become iron-deficient if you cut red meat out of your diet completely, and don’t replace it with anything else.

If you’re concerned about your risk for cancer due to your red meat intake, talk to your doctor. He or she should be able to recommend a plan of action for you to either limit your red meat consumption, or cut it out completely, while substituting other foods that can bring those nutrients into your diet.

How to Eat it

So the next time you’re craving some beef or pork, put a big roast in your slow cooker, and leave it overnight on a low heat. You’ll wake up to the delicious scent of cooking meat, without creating as many HCAs. You can also freeze portions of it to enjoy later!

If you’re trying to cut down on meat slowly, there are a few easy ways to start. Next time you’re making something with meat in it, swap out half of what the recipe calls for with legumes, grains, or vegetables. This can be especially delicious if you’re making something like chili — taking away half of the meat allows you to get creative adding in different beans and grains to make up the difference.

The results of these studies are so shocking for many people because for a long time we’ve been told that meat is the main part of a meal. Once you adjust your perspective and start thinking of meat as a thing to be savored like a treat, it becomes much easier to realize that although it may be delicious, too much isn’t good for you.

The American Cancer Society recommends a diet that contains mostly vegetables, fruits, and whole grains, with only the occasional meat dish. Choosing lean, white meats like fish or chicken over red meat is always a good idea. Even if you can’t give up red meat for good, a healthy diet and active lifestyle will help in cutting down your risk of cancer. 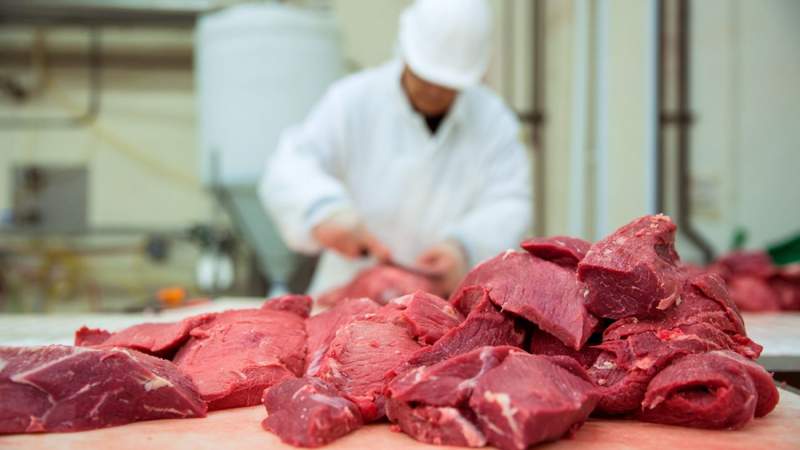