Red carpets, exclusive parties, super cars and super models. The celebrity lifestyle is fast, glamorous, and incredibly dangerous — especially when you consider that those Hollywood mixers and backstage passes are often go hand in hand with open bars and a seemingly endless supply of pills and powders.

We’ve all heard the tragic tales of talent that flew too close to the sun. Images of Marilyn Monroe, Amy Winehouse and Jimi Hendrix come to mind. But that’s not what we’re discussing today.

Addiction is very real and incredibly difficult to overcome. But, with the right help, the right support system and determination, addiction can be beaten.

They came, they saw, they partied hard, and they lived to tell the tale. Here are 20 stories of 20 celebrities who battled addiction and came out on the winning side.

The quick-witted Iron Man star wasn’t always a role model. Far from it. He rose to fame working the theatre circuit in the early ‘90s. However, he became infamous in 1996, when he was pulled over and arrested for speeding down Sunset Boulevard with cocaine, heroin and an unloaded .357 Magnum. Years of rehab, relapses and run-ins with the police followed.

Now? Downey Jr. has been clean for well over a decade. How did he do it? Yoga, meditation, martial arts, and a lot of professional guidance. 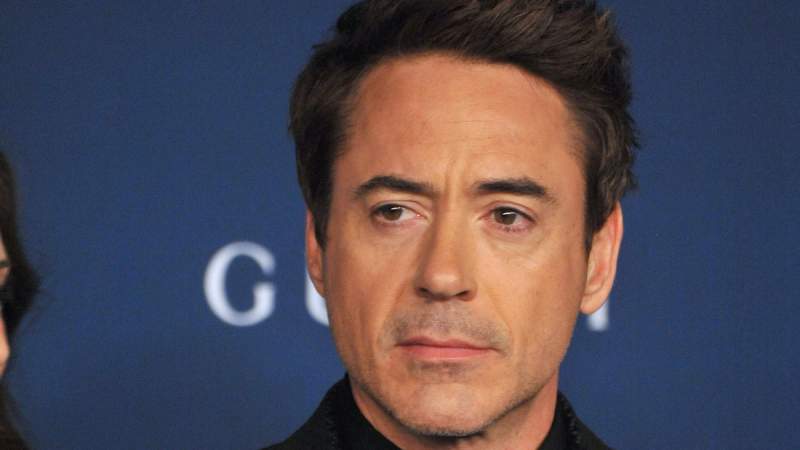 According to Daniel Radcliffe, even he had a difficult time seeing himself as anyone other than Harry Potter. To be fair, Radcliffe was cast as the teenage wizard at 10 years old. So, understandably, Daniel had an incredibly difficult time adjusting to life after Hogwarts. His solution? Alcohol.

“I was living alone, and I think I was really freaked out… I drank a lot, as has been recorded,” said Radcliffe on Mark Maron’s popular “WTF” podcast. He credits the cultural differences of living in the United States and his strong relationships as a big reason for his sobriety. 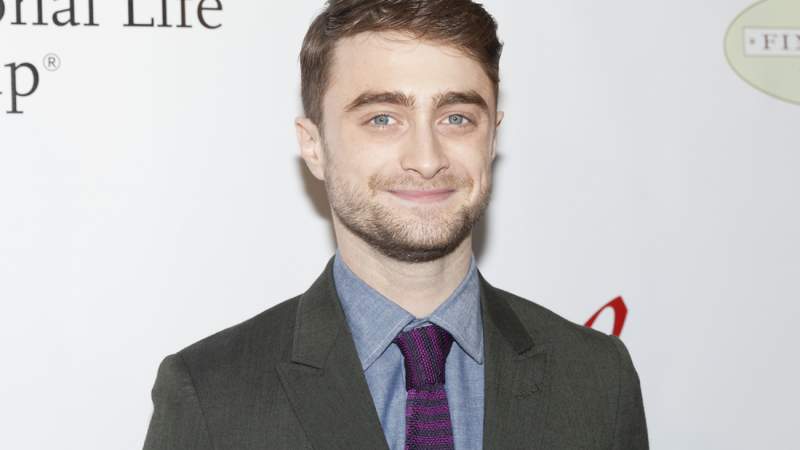 Following the tragic and untimely passing of Prince, actress Jamie Lee Curtis penned an incredibly personal blog detailing her own battle with prescription painkillers. Curtis was prescribed opiates by her doctor following a routine cosmetic surgical procedure. Pain killers are incredibly addictive, and pain killer addiction is incredibly common. Curtis, now sober for over 17 years, has made it her mission to educate the world on the dangers of prescription drugs. 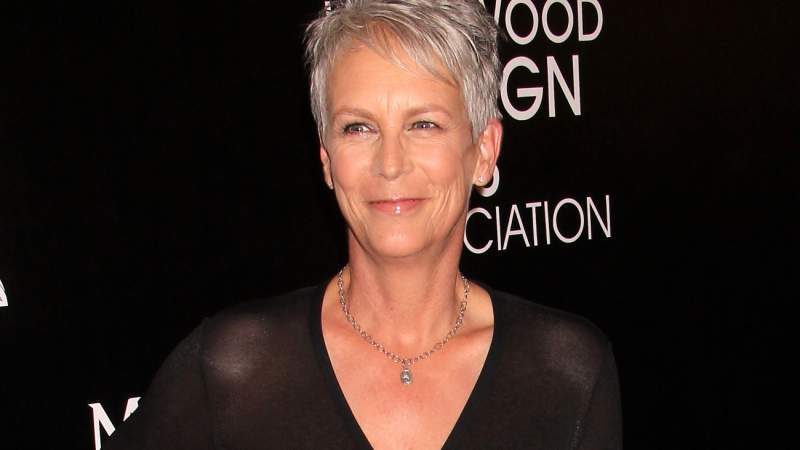 “Slowhand” was almost as famous for his battle with substance abuse as he was for his revolutionary guitar playing. Almost. Alcohol, cocaine, cigarettes… it was a long-standing, well-documented battle followed by years of counseling, several failed relationships and unthinkable tragedy.

All of this led Clapton down the path of sobriety. Today, he’s helping thousands of addicts get better at his Crossroads treatment centre in Antigua. 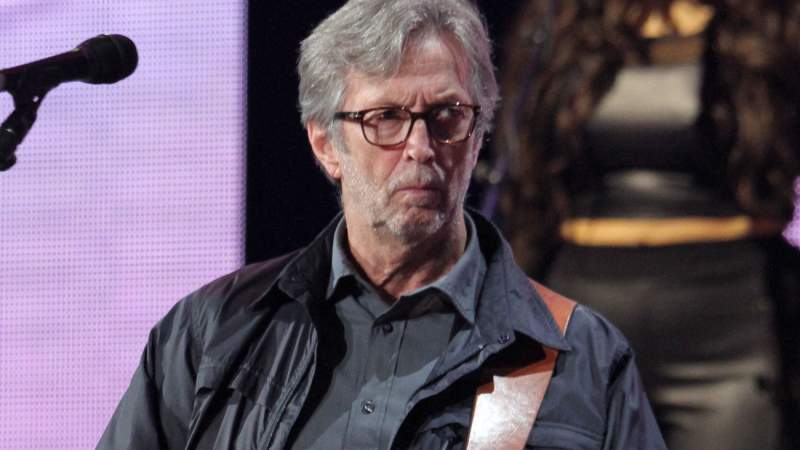 The undisputed king of the rap battle spent a decade going head to head with substance abuse. In 2009, ‘Slim Shady’ overdosed on Vicodin and was admitted to hospital. With exercise and the help of mentor Elton John, Eminem was able to kick his drug addiction and continue on with his revolutionary raps. 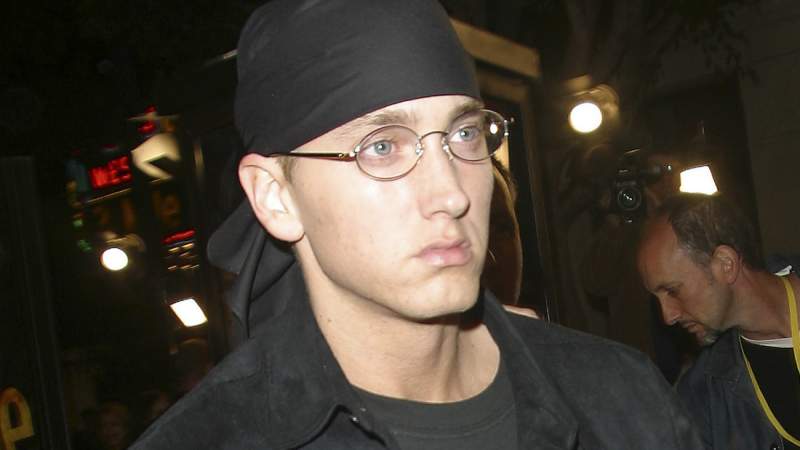 The privileged Hollywood life as the adopted daughter of an international superstar brings money, fame and access. According to Richie, she enjoyed that access, and began partying at a very young age. Alcohol led to cocaine led to a dangerous heroin habit.

But, years of rehab and relapses and counseling worked. She was able to clean up her act and today she enjoys a “normal” life, with a husband and two beautiful children. 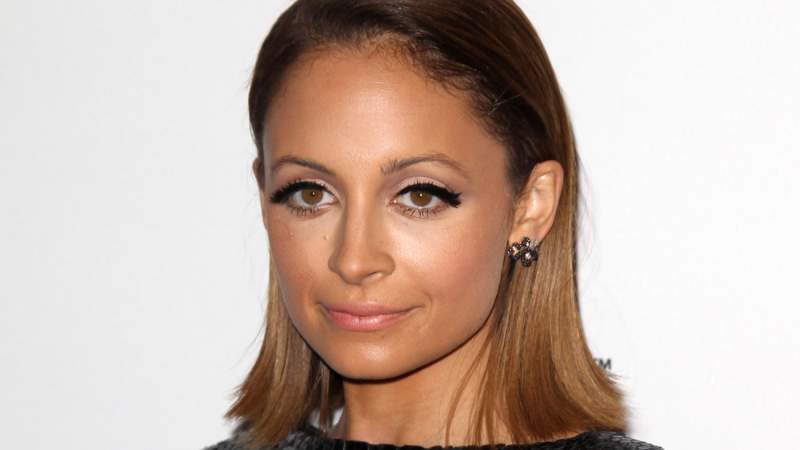 Another celeb who was thrust into celebrity at a young age is America’s girl next door, Drew Barrymore. Barrymore scored her iconic E.T. leading role at the age of 7. Her parents divorced, and her mother took it very, very badly. Momma Barrymore led daughter Drew to the nightclubs of Hollywood, 5 nights a week, at the age of 9. It lead to an intense, fast burning affair with substance abuse, a stint at a mental institution, and complete emancipation from her parents.

Not many survive the kind of life that Drew lived… it truly is a testament to her willpower. She’s been clean for decades, and chalks it all up to an incredibly valuable learning experience. 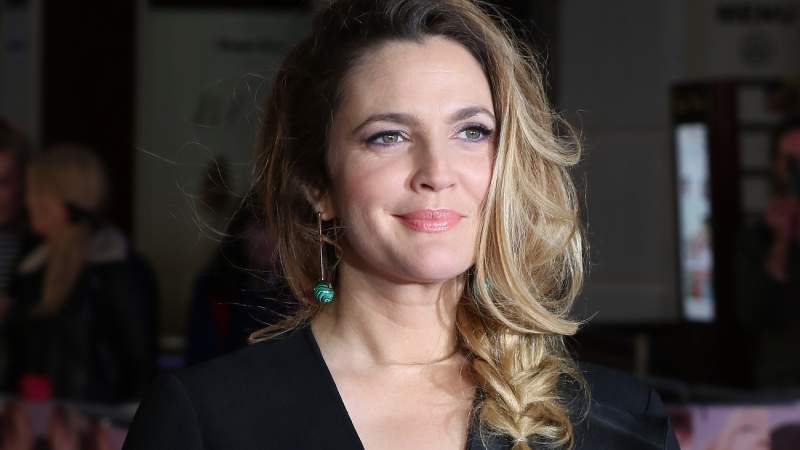 Walking Dead fans might recognize this burgeoning stand-up comedian as the host of the Talking Dead after-show. Hardwick got his start on the MTV talk-show Singled Out. Following its cancellation, he was left searching for jobs and drinking… a lot.

In a moment of clarity, Hardwick kicked the sauce and got to work. He’s now CEO and host of the popular “Nerdist” Podcast. He tours the world telling jokes, and, most importantly, is completely sober. 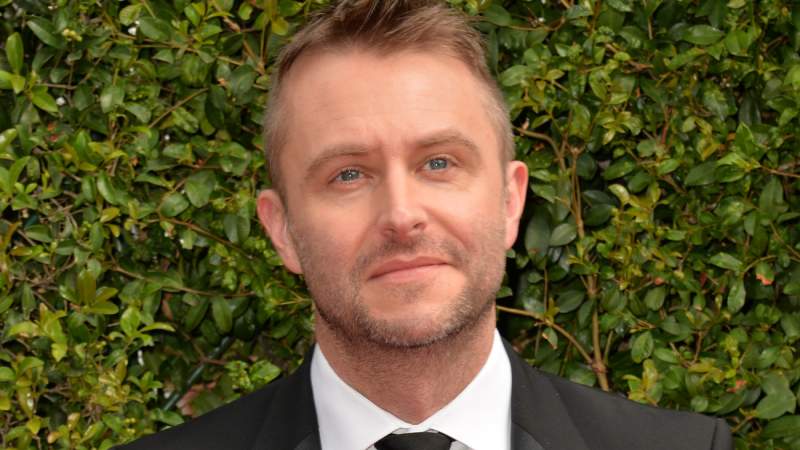 The How I Met Your Mother superstar has had his fair share of struggles. A bad breakup drove Segel to the bottle. After years of drinking, Segel turned to Alcoholics Anonymous and began their popular 12 Step Program. He’s been clean since 2013, and has channelled the experience in his most recent portrayal of troubled writer David Foster Wallace. 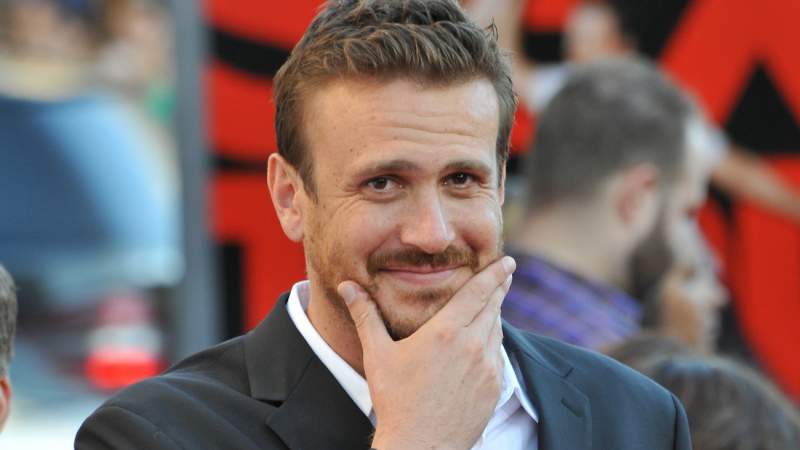 Russell Brand’s battle with drug, alcohol and sex addiction is well documented. Brand preaches abstinence as a way to battle addiction. No drinks, no drugs, one day at a time. It’s worked for him for over a decade. 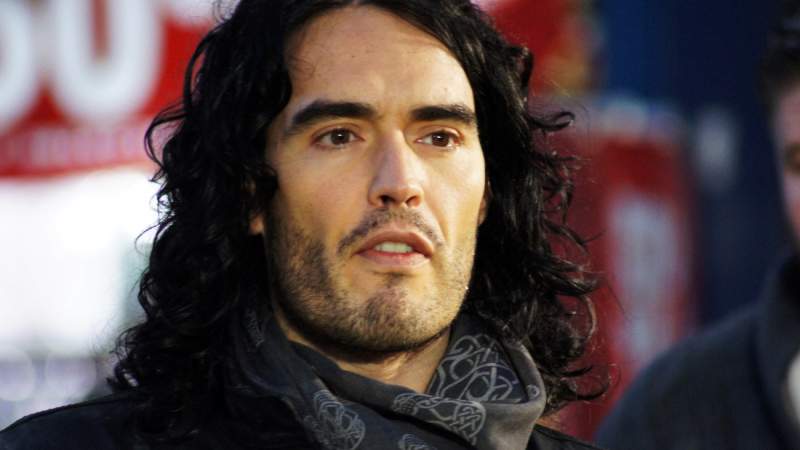 Making it big in the music industry is hard to do once. But Fergie? She did it twice. First with girl group Wild Orchid and again with the Black Eyed Peas.

The time in between that was where Fergie ran in to trouble. She was forced to leave her first group to treat her drug addiction, and re-emerged in 2003 to pen some of the most popular songs of the ‘00s. 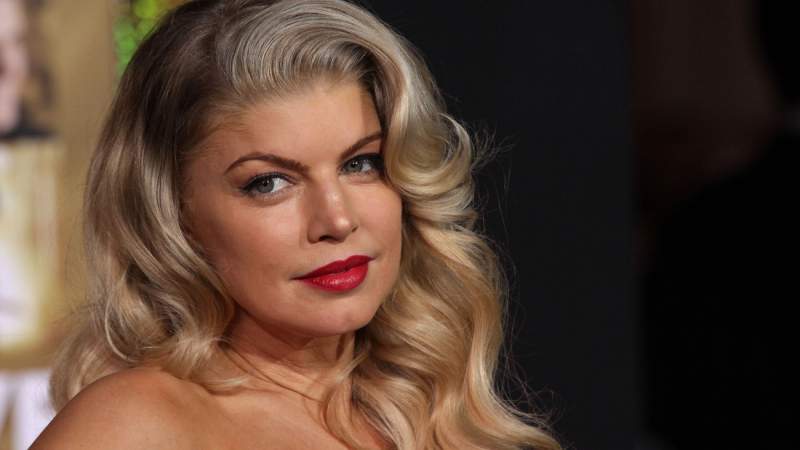 From Hero to Zero to reality star pioneer. Ozzy Osbourne was booted from Black Sabbath for his uncontrollable penchant for drugs — which led Ozzy to do more drugs. Heroin, LSD, prescription pills… the list goes on. He recently relapsed in 2013, but is back on the wagon. 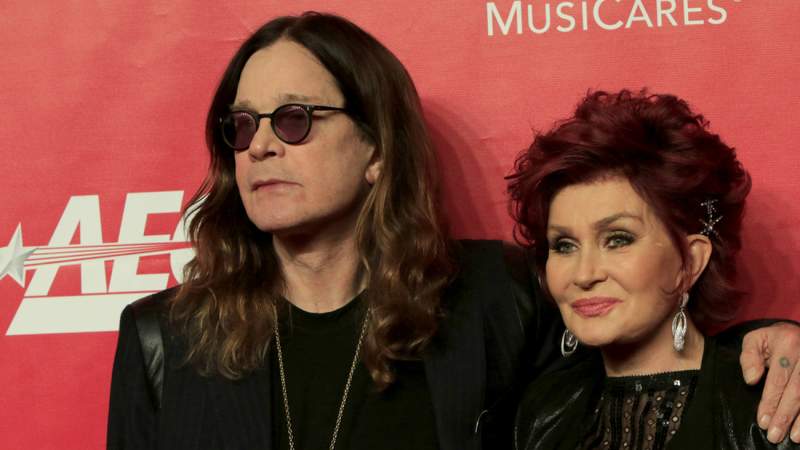 It’s safe to say that Jolie’s life has taken a few twists and turns. In her 20s, she dabbled with heroin, alcohol, cocaine and marijuana. It wasn’t until she became the Goodwill Ambassador for the United Nations High Commission for Refugees that things began to turn around. It fulfilled her existential quest for meaning, and she left the drugs behind her. 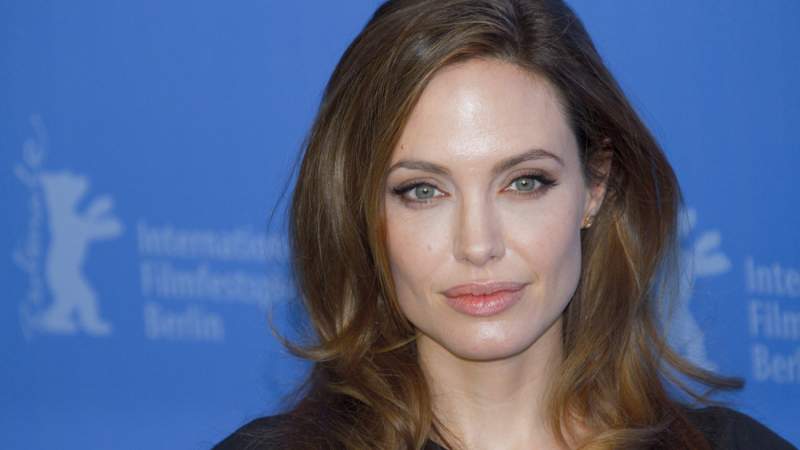 Charlie Sheen’s battle with alcohol and cocaine took over all of our screens for a few months. He lost his job on Two and a Half Men, he was interviewed on primetime news outlets, he took to Twitter, and everyone tuned in. According to sources close to Sheen, he’s clean now, and has been for quite a while. 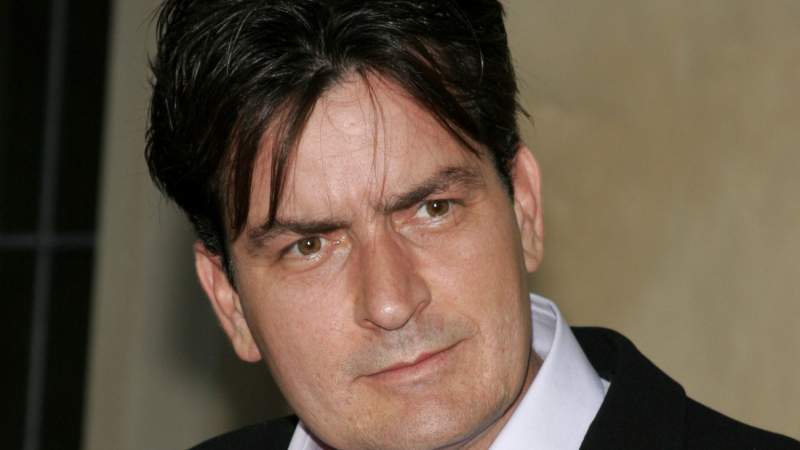 His IMDB page is seemingly endless. Pulp Fiction, Snakes on a Plane, Star Wars… the list goes on. But his addiction to crack cocaine, heroin and alcohol almost robbed the world of his talent very early on. He overdosed on heroin several times in 1989.

Jackson credits his starring role in the popular film Jungle Fever, in which he played a crack addict, for giving him perspective and helping him kick the drugs for good. He’s focused that energy on work and golf – a much healthier choice. 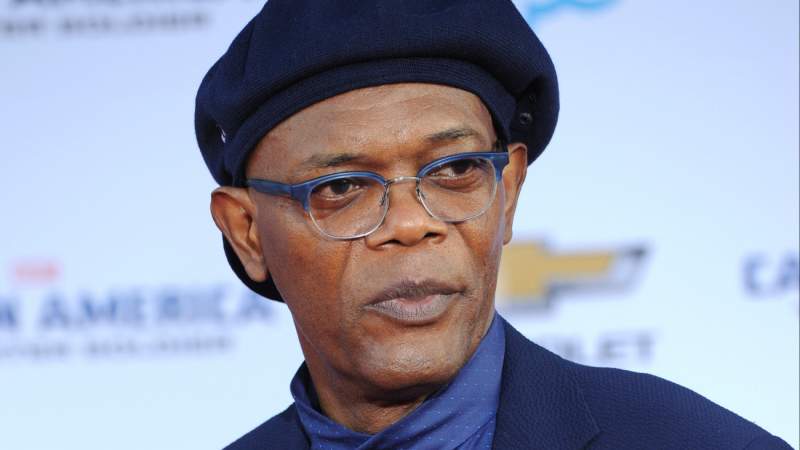 His dangerous love affair with heroin in the ‘80s and ‘90s is the driving theme of Kiedis’ autobiography. But after watching the lives of his idols and contemporaries cut short by excess, he looked in the mirror and decided to make a change. At 53, Kiedis is widely recognized as one of the world’s healthiest rock stars. 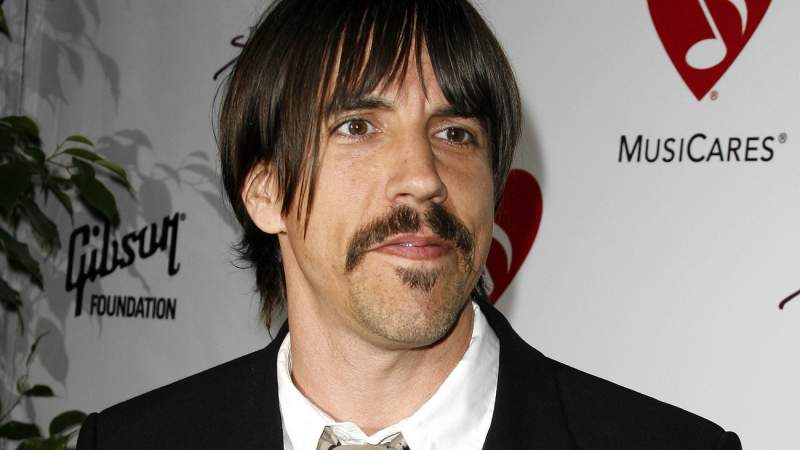 The prolific mind behind The Shining, IT and Carrie, battled an addiction to alcohol and cocaine for decades. King was drinking so much, he doesn’t even remember writing Cujo. In 1987, those closest to him organized and executed an intervention. It was the motivation that King needed, and he’s been sober ever since. 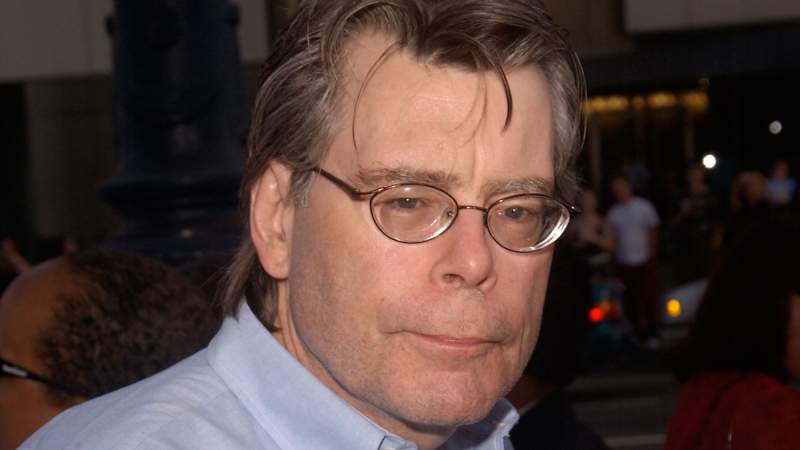 The iconic TV personality admits to battling drugs addiction in her formative years. In her 20s, Oprah used cocaine regularly. Though not much is known about her recovery, she clearly recovered. Oprah went on to build a media empire. 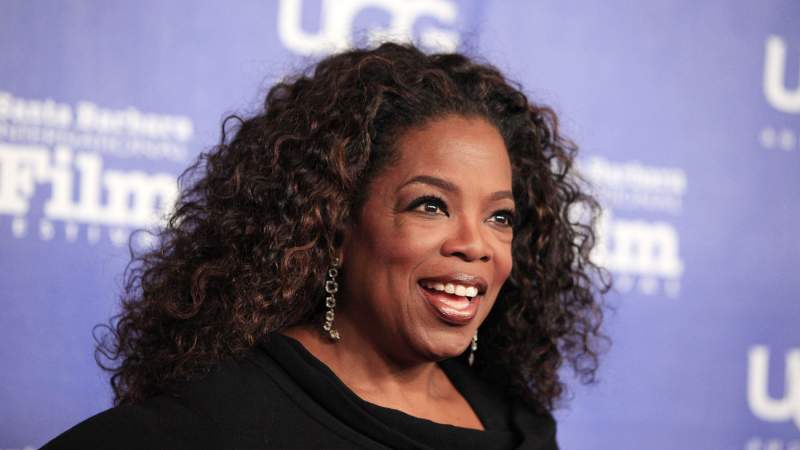 Alcohol and heroin. Very few mix the two and live to tell the tale. But the Guns N’ Roses solo specialist is still standing. After being diagnosed with congestive heart failure, Slash realized that he needed help. He’s been clean for decades, and is still playing music all over the world. 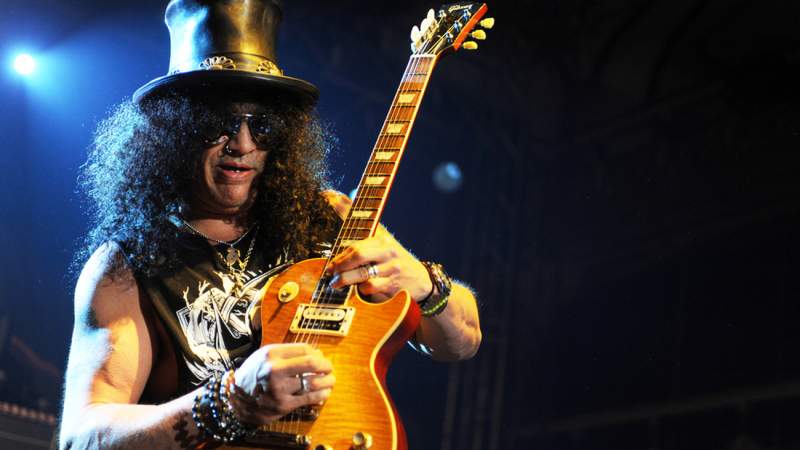 The specifics are unclear. But what is clear is that Britney Spears all but came undone in 2007. And who can really fault her? Living a life under the microscope during her formative years… the pressure must have been incredible. Thankfully for all parties involved, she moved forward. Rehab, sobriety, two beautiful children. We could all hope to be so lucky. 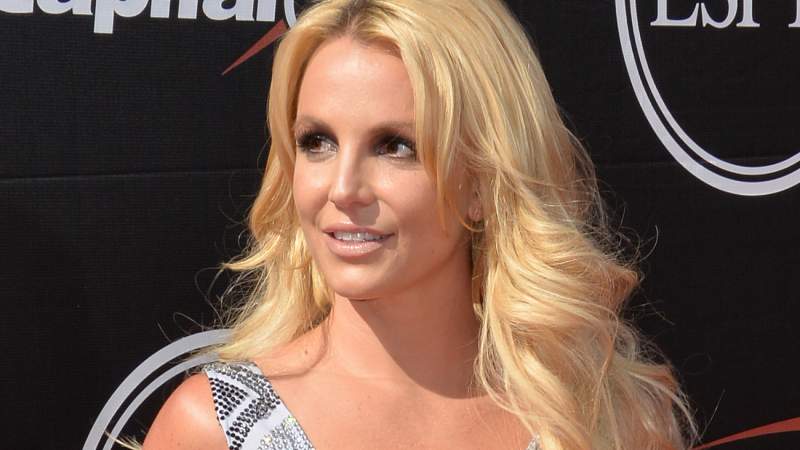