Everything You Need To Know About Influenza (Flu)

Overview
What's the Difference Between the Flu and a Cold?
Prevention
How Long Does the Flu Last?
Is the Flu Contagious?
What Do I Need to Know About Flu Season?
Who's Most at Risk for the Flu?
When to See a Doctor
Diagnosis
Types
Complications
Treatments
Outlook

More commonly known as the flu, influenza is a respiratory illness that can be caused by different types of influenza viruses. You should not confuse influenza with the “stomach flu,” which causes abdominal pain, vomiting, and diarrhea.

The CDC estimates that eight percent of Americans contract this virus each flu season. For most, the flu is self-limiting. However, it can sometimes be fatal, which is usually the result of a complication.

What's the Difference Between the Flu and a Cold?

Both the flu and common cold are respiratory illnesses caused by viruses. The majority of cases of the flu are caused by three types of influenza virus, while there are over 250 types of viruses known to cause the common cold. Symptoms common to both entities include:

Furthermore, since both the flu and common cold are viral in origin, antibiotics are not used for the treatment of the primary form of each disease. You may use antibiotics to treat complications of both diseases, such as bacterial infections.

This is where most of the similarities between the flu and common cold cease. The common cold is typically an annoyance, while the flu can severely restrict your activities, especially at its outset.

Many with the flu report not being able to even get out of bed, let alone make it to work or school. Symptoms notoriously associated with the flu include:

If you are stricken with the flu, you are at a much higher risk for complications, such as:

The best way to prevent the flu is to get a yearly vaccination. It is available as a shot or nasal spray.

Most vaccinations are provided through the flu shot. They should be administered by the end of October to provide the greatest protection against disease.

The typical flu vaccine contains the H1N2 virus, H3N2 virus, and a B virus. Because viruses can mutate, the flu vaccine is slightly different from year to year. The content of the flu vaccine is agreed upon by physician-scientists on a yearly basis. If they guess incorrectly, there may be an upcoming epidemic.

Doctors recommend that anyone over the age of six months get a yearly flu vaccination. This is especially true if you are part of a high-risk group. You are protected approximately two weeks after receiving a flu vaccination, as it takes this long for antibodies against the flu to develop. The flu vaccine is not 100 percent effective at preventing disease. However, if you are unlucky enough to contract the flu, it will decrease the severity of your symptoms and chances of developing complications.

Despite popular belief, the flu shot cannot give you the flu, as it is composed of a dead flu virus.

You may obtain the flu vaccine at various locales, including:

As mentioned earlier, the flu vaccine is not 100 percent effective. As a result, experts recommend measures to reduce the spread of the disease. These measures include:

How Long Does the Flu Last?

If you are unfortunate enough to contract the flu, you will most likely recover in seven to 10 days. The initial symptoms of the flu typically peak in two to four days, with most feeling significantly better in five to seven days.

Although the most serious symptoms will have subsided by this time, the fatigue accompanying the infection may hang around for several weeks. Furthermore, if a dry cough is an accompanying symptom, it may take as long as eight weeks to resolve.

If you have received the flu vaccine, the symptoms may be less severe and/or have a shorter duration.

Is the Flu Contagious?

The flu is highly contagious. Normally, the virus is spread from person to person by droplets that are propelled into the air by the coughs and sneezes of an infected person. You can also contract the flu from shaking hands, kissing, or sharing eating utensils with an infected individual. Plus, the flu virus can remain infectious for up to 24 hours on hard surfaces.

If you contract the flu, you will be contagious one to two days before developing any symptoms and anywhere from five to seven days after becoming symptomatic.

What Do I Need to Know About Flu Season?

Although you can be diagnosed with the flu at just about any time of the year, the flu season typically spans from late October to March. As a result, flu vaccinations should commence in September — or as soon as the vaccine is available — and continue into January and beyond.

You are more likely to contract the flu in the fall and winter months because you’re spending more time in close quarters with others who may or may not be infected with the flu and other miserable viruses/bacteria. The flu season typically peaks anywhere from January to February.

It should be noted that these are not hard and fast rules as the timing and duration of the flu season can vary from year to year.

Who's Most at Risk for the Flu?

The flu can strike just about anyone regardless of age. But, you are considered at high risk for the flu and its complications if you belong to one of the following groups:

If you are in one of the above groups, you should be the first in line for a flu vaccination, preferably the flu shot.

Most individuals with the flu won’t need to see a doctor as it will usually resolve with home care and without complication. But, if you are a member of a high-risk group, you should see a doctor at the first symptoms of the flu.

As a general rule, if you suspect you have the flu, you should try to see a doctor within 24 to 48 hours after the development of the first symptoms. This is because antiviral medications can be prescribed that can shorten the duration of the infection.

Other reasons to see a doctor when you have the flu include:

Furthermore, you should seek care from a hospital’s emergency department if you experience any of the following signs and symptoms:

Early diagnosis of the flu is paramount because antiviral medications are only useful if administered within 24 to 48 hours of the onset of symptoms.

Your doctor will conduct a physical examination looking for signs and symptoms of the flu. In many instances, the diagnosis of the flu can be made on the grounds of signs and symptoms, especially if widespread or in the midst of an epidemic. Tests for the flu can be useful but they are not always necessary for a definitive diagnosis. Another reason flu tests can be useful is for gathering statistics on outbreaks of the flu for public health purposes.

If your doctor chooses to test you for the flu, there are various tests that can be used on nasal aspirates or swabs of the nose or throat. The most commonly used are rapid influenza tests, which can be done onsite and provide results within 10 and 15 minutes. Another way to diagnose the flu is through polymerase chain reaction (PCR) testing, which is more accurate than rapid tests. PCR testing may be done onsite or sent out to a hospital or laboratory facility and results are typically available within 15 and 20 minutes. PCR testing may be able to specify if you have influenza type A or type B, while rapid influenza tests will only report if you are positive or negative for the flu virus.

Scientists agree that there are three major types of flu viruses: A, B, and C.

Type A influenza can infect animals and humans, while type B influenza can only infect humans. Both type A and B are responsible for causing seasonal flu epidemics. Type C influenza typically causes only mild illness and cannot induce epidemics or outbreaks of the flu.

Type D influenza can only infect animals — namely cattle. Since it has not been known to cause illness in humans, this type is not a major type of flu virus.

Many cases of the flu resolve on their own with no complications over the course of one to two weeks. However, if you are unlucky enough to come down with the flu, you are at high risk for developing complications.

Some of the more common complications of the flu are:

Of these, pneumonia is the most dreaded complication because it could lead to multi-organ failure and death.

Other possible and less common complications of the flu include:

You are even more at risk not only for the flu but also for its complications if you are a member of a high-risk group. The good news is that you can decrease your risk of all this with a yearly flu vaccination.

If you think you are coming down with the flu and are a member of a high-risk group or just want to try and avoid complications, you should make an appointment with your doctor or go to an urgent care clinic. They will be able to provide you with the appropriate treatment methods.

Prescription antiviral medications can ease your symptoms and decrease your risk of complications. In fact, they have the potential to shorten the course of the flu by one to two days.

Currently, there are four FDA-approved antiviral medications for the treatment of the flu. They are:

Older antiviral medications, such as amantadine and rimantadine, have fallen out of favor. As such, they are no longer recommended for the treatment of the flu due to untoward side effects and the development of viral resistance.

Over the Counter Medications

Over the counter (OTC) medications that may be helpful to ease symptoms include:

Many OTC formulations combine all of these in one easy-to-take pill.

As pain can be a significant part of the flu, you should also consider pain relievers. These include:

Additionally, make sure to avoid aspirin.

There are plenty of home remedies that can help relieve flu symptoms. They are:

Although not a home remedy, you should wash your hands frequently to prevent the spread of flu to others.

Most people who get the flu will recover in a few weeks. It is the most vulnerable that may have the hardest time fighting the flu and are more susceptible to developing complications. There are many deaths as a result of the flu.

To combat the flu and its complications, yearly flu vaccination is the key along with early treatment utilizing antiviral medications and home remedies. 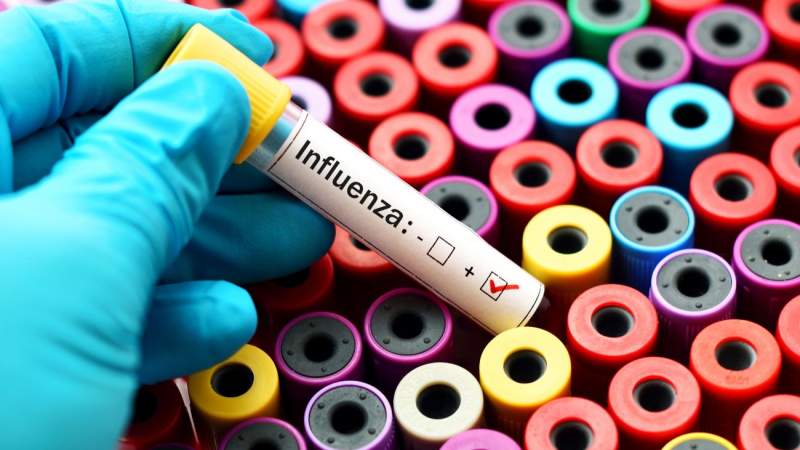 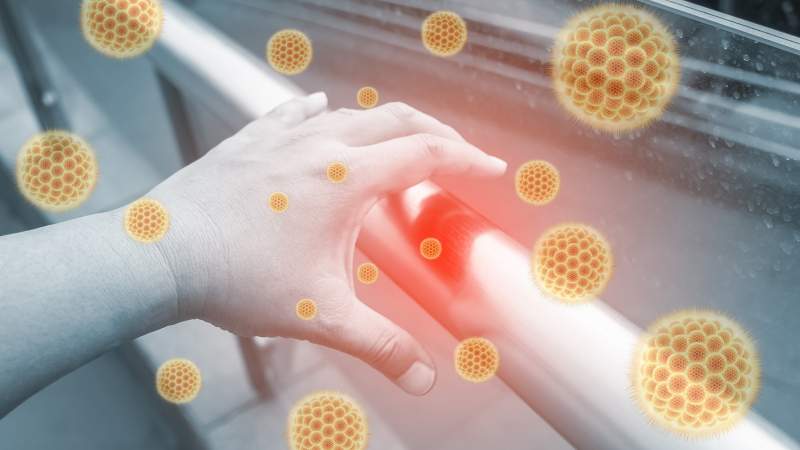 Even when you least expect it, germs – bacteria, viruses, and all kinds of matter that can make you sick – are around. While most people are only worried about catching a cold or coming… 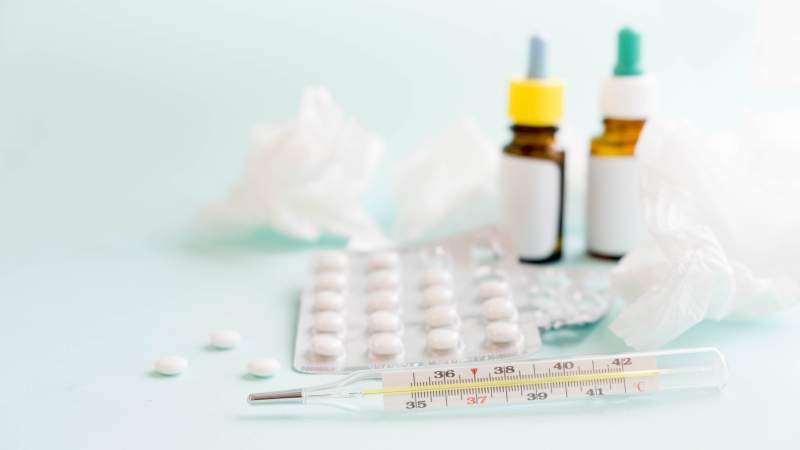 Every year, the common cold and the flu arrive – and they infect just about everyone. These illnesses can strike any time, but they tend to be most common during the colder months and…